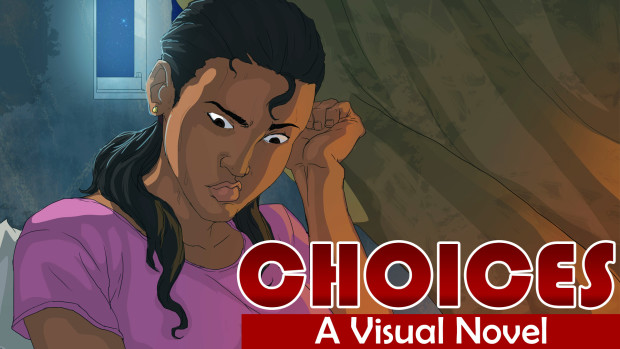 Lizzie’s Creations, the startup that gave us the AfroTalez app is cooking up another game called ‘Choices’. Choices is a mobile game in form of an interactive novel.

The new game is an episodic game for women and young girls and for the company to bring the game to our devices, it launched a $6000 Indiegogo campaign.

The Indiegogo campaign is to allow Lizzie’s Creations produce the first episode of the game.

This means like a novel, it would have an engrossing story line that one can be captivated by. But unlike a regular novel, this will be interactive. The reader creates their own story! How cool is that?

The game is meant to be an educational tool for the female folks, as it will address societal ills experienced by young women in their daily lives. The game depicts the life of a young Cecelia along with the circumstances that she had to face as a teenage like abuse, drugs, prostitution, violence against women among others.

Check out the Choices’ trailer below:

Choices is meant to provide players with first-hand experience of voiceless victims of these abuses with the hope of bringing about the re-education that the society needs.

The founder of Lizzie’s Creations, Elizabeth Kperrun-Eremie believes the game will give players immense experiences that border around how the choices we make in life have effect on our future.