A Hands-on Review of Windows 10 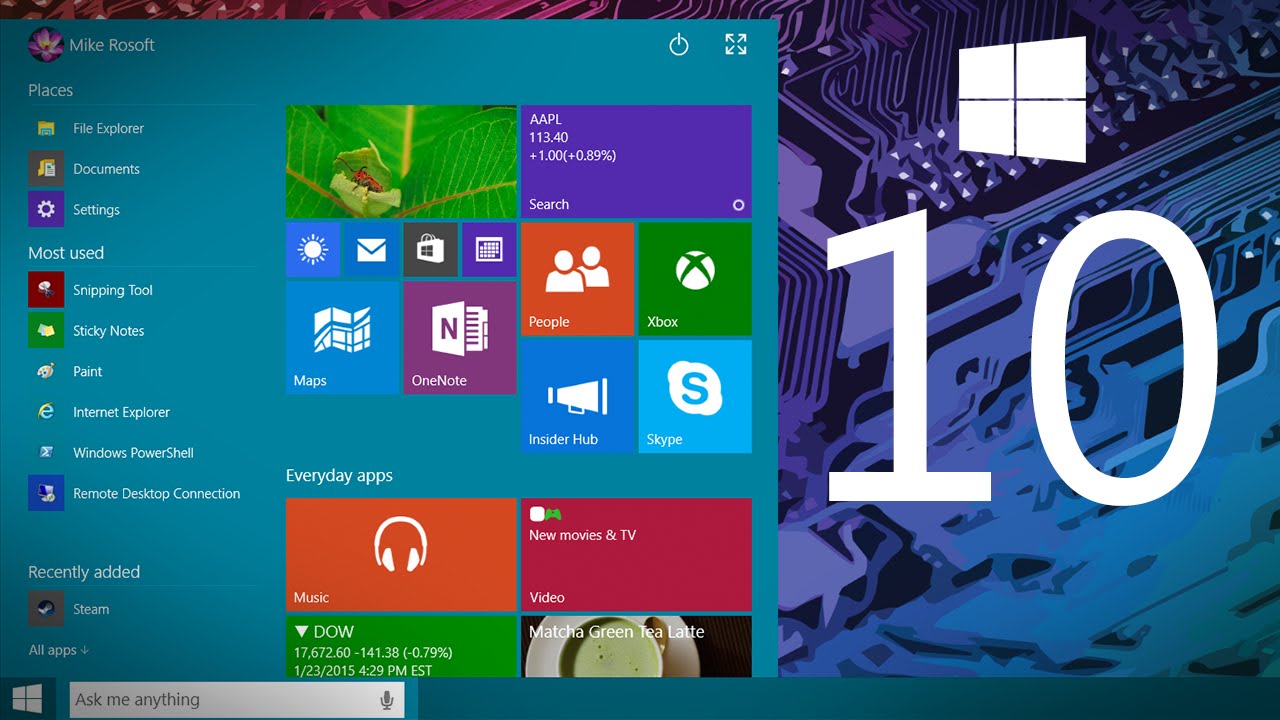 Back in March 2012, I had my hands on the insider copy of Windows 8. I remember the mixed feeling of confusion and enthusiasm, the former from the unforeseen move Microsoft made into the Metro App ecosystem, implying that the default ‘desktop apps’ were crawling into technical oblivion and the latter borne out of the satisfaction that Windows 7 now had a successor. As I explored the new UI, I found out that the Metro Apps were obtrusive, at their best, especially for traditional PCs, as they were only perfect for tablets. On touchscreen PCs (which were rare enough back then), they were superfluous, to say the least, as the potential for touch gestures on traditional desktops and PCs were limited. The improvements that came with Windows 8 were enough to offer my disappointments about the metro apps a befitting retirement.

Windows 8.1 was a relief, as it forced Microsoft to rethink their metro approach and ‘consider’ the user instead of pushing their vision in the rather techno-dictatorial approach of windows 8.

When news of Windows 10 began to surface, asides the usual enthusiastic anticipation that I reserve for new OSes–It had become more than a rumor that the successor to Windows 8 could either be a giant step forward, or an Achilles’ heel for Microsoft. As the tech sphere has recently been taking by storm as regards how quickly consumers can become the oppressors if a vendor’s vulnerability came at the right time– I was hoping Windows 10 would, among all things, fare as good as Windows 7.

Upgrading from Windows 8.1 on my HP Envy 15-k008ne took roughly two hours, I has 128 apps installed and was upgrading with WiFi turned off. It was in three major stages, Copying files, Installing Updates and Finalizing Install, while a circle representing the total percentage was counting up in the center of the screen. After the update, I activated the OS online. I found my Nvidia Driver, Bluetooth and fingerprint were the only devices that were not functional anymore and proceeded to download windows updates. After installing and rebooting, everything except fingerprint worked smoothly, I proceeded to HP’s page for my device and found updates waiting for almost all the previous drivers, I installed the one for fingerprint and that was it.

Probably the coolest thing about Windows 10 is the degree to which it is user-friendly. It has a lot of obvious improvements as well as under the hood optimizations. Windows 10 rivals and is arguably better than Android Lollipop when we compare user friendliness and overall stability. Let’s focus on a select few features and improvements.

The Edge Browser, considered only on the basis of design and visual appeal, makes it a deserving successor to IE. It’s clean, simplistic, minimalist, and totally unobtrusive interface makes it probably the cleanest browser around at the moment. While not as fast as Maxthon (my favourite Browser) in my speed tests, it’s very decent and can only get better.

The new music app is distant from Windows Media Player, it’s more of a reimagined and improved version of what windows 8/8.1 had to offer, it is connected to the Microsoft Shop where you can, just like iTunes, purchase music, but it is in itself a standalone music app–the best music app from Microsoft yet.

One thing has been noticeable in Microsoft’s native apps up till this point–A very very neat interface.

While the player is visually appealing and seems as if it will be the de facto player from now on, it is still plagued by the very things that made its predecessors not much of a favourite. It’s internal codecs do not play modern formats such as H.265/HEVC, and does not handle 4K videos well. I had to install internal video drivers and external codecs. I didn’t have any issue switching back to PotPlayer. There is also, notably, no supportfor reading subtitles directly from directory, or dragging and dropping subtitles on video. It seemed the only focus on this iteration of a Microsoft Video Player was aesthetics.

The Photos app is the most impressive of the trifecta of media apps Microsoft presents with Windows 10. It is the fast–very fast, very very fast–compared to its predecessor, the Windows 8/8.1 metro app for viewing images, which was a total turn off. This new photos app contains almost all the basic editing features one might need. It however doesn’t still compare to Picasa (in terms of editing capabilities) or Honeyview (in terms of image format support or detail/metadata retrieval)

There has never been a time since their introduction, when metro apps have been as user friendly as in Windows 10. They are seamless, fully integrated into windows explorer and scalable to any size.

Windows 10 has a search bar embedded into the taskbar, one can choose from ‘a search icon or ‘a search box’ while you can type directly into the search box from the taskbar, you have to click the search icon to begin to type. There is a split tab between a local search and a ‘web search’ a web search launches bing in your default browser while a local search shows result in a specified order which is further sortable by the user through a set of parameters. Microsoft did not do anything groundbreaking with the new search. Everything is still the best search app I know for windows. This doesn’t even come close. Cortana, Microsoft’s answer to Apple’s Siri is shipped with Windows 10 but only supports English Language at present. It can collect data from your browsing history, searches, calendar and a few other apps and give you suggestions, reminders, alerts and even plan your day.

Search for Tom Hardy in expanded My Stuff mode (left) and web mode (in browser, right)

Action Center has been totally reinvented, from an annoying notification system in Windows 8/8.1 to a full-fledged quick access, notification and update powerhouse that sits on the far right of the taskbar by default, it now includes an array of quick setting toggles and a notification system that is unobtrusive and very detailed. It has shortcuts to a host of settings that range from Onenote to Bluetooth and the first-timer ‘tablet mode’. The Action Center can be removed undocked from the taskbar from taskbar settings. It is one of the most intuitive reinventions that shipped with Windows 10.

Task View is by default the third taskbar icon from the left and it toggles all open tabs in neat arrangement, it then unveils multiple desktopsat the bottom right, for creating additional desktops. The tablet mode is fascinating. It’s perfect for when you’re concentrating on a single app/work for a long time.

Windows Explorer comes with a new set of shell icons, and the start menu is a hybrid of Windows 7 and Windows 8.1 start menus. The taskbar icons are smaller in size now and windows boots straight into desktop, the obtrusive and usually unneeded metro app interface had been rid of.

Windows 10 is the most personal OS anywhere yet. It contains a lot of under-the-hood improvements and feature on top of the very visible ones. Microsoft took into two years of criticism and research into what we’re seeing as Windows 10, which is just the beginning of their strides at making their flagship OS have a shot at near-unopposed supremacy. Since Microsoft announced the unification of windows on all devices. Windows 10 is definitely Microsoft’s most ambitious OS yet, it is probably the greatest OS yet, in terms of the raw power it puts in the hand of the user.