ACI will train 10,000 Nigerian kids in Robotics for free. But they need your help 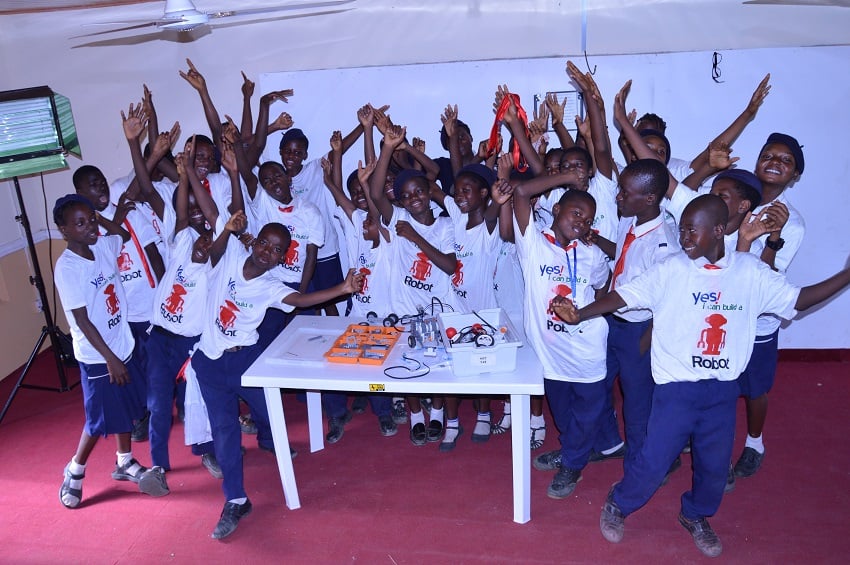 ACI was founded by Olaoluwa Balogun, an OAU alumnus that wants to turn around the education system in Nigeria by empowering kids and youths to build useful technology. ACI provides in-depth technology education to young Africans under the age of 30. Their goal is to see a great number of Nigerian youths become computer programmers and tech enthusiast in a few years to come. They believe in providing an education that is result-centric not certificate-centric: the kind of education that will empower young people to change the world around them.

That’s why they run the program called TechTeens. It’s a free program for Secondary School students where they nurture these kids in robotics and software development. The kids learn about basic coding concepts, algorithms and how to build simple robots using the LEGO robotics kit.

They have had earlier successes with their other programs such as the FirstStep BootCamp, a paid training program for undergraduate students from the University of Ibadan and Obafemi Awolowo University in software development, robotics, graphics and animation. They have trained over 2000 undergraduates in the last 4 years, and they claim that many of the developers in OAU had their first coding classes at ACI.

They intend for the program to be hands-on, practical, and effective by dedicating one instructor to a group of 12 students. They will be using about 800 instructors who will be specially trained for the program. They currently have about 200 of such instructors that graduated from their FirstStep BootCamp, of which some of these instructors even represented Nigeria in the World Robotics Olympiad at Indonesia.

Leveraging on their partnerships with iLab, Obafemi Awolowo University, and National Instruments they are confident that the program will be a huge success if they can raise the funds on Indiegogo.

They have brilliantly detailed the plans with pictures, and infographics explaining how they intend to accomplish this project on their Indiegogo campaign page. They have a presence on Facebook, Twitter, and Instagram; and you can tweet at them with the hashtag #Project10000kids

The campaign is live, and you can head over to their campaign page to see their detailed plans, and also back their noble cause here on Indiegogo.