Is Tiketmobile staging a comeback ? 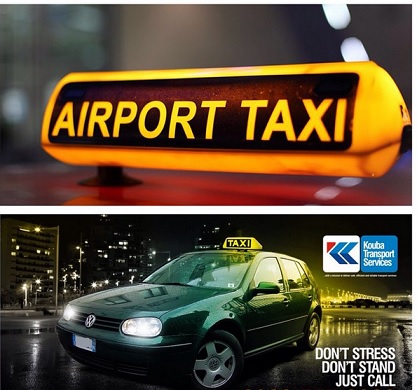 For those who don’t know, Tiketmobile was an online bus tickets reservation startup that died an untimely death, in July of 2013. Apparently, the startup had burnt through the whole $5000 seed funding it received, barely 10 months earlier, from the Tony Elumelu Foundation, and could no longer continue.

Those in the know will probably remember Tiketmobile founder, Celestine Ezeokoye, for his controversial commentary on his perceived lack of true Venture Capitalism in the Nigerian ecosystem. That was almost 2 years ago. Now it looks like they may be finally making a comeback.

Two days ago, a certain “Uncle Kenny”, with Twitter handle @Djcizle, who happens to be the the CEO of Kouba, sent out a promotional tweet for his startup, Kouba Transport Services.

Booking Kouba taxi's Online at the comfort of your smart phone now available at http://t.co/4XvWrB8aGP http://t.co/2BjMvkPmpj

It was retweeted by none other than Celestine Ezeokoye himself. Some might say retweets are not endorsements. However, clicking on the embedded link takes you to this post on Instagram

The image, which clearly depicts a screenshot of Tiketmobile app, also happens to be liked by none other than Celestine Ezeokoye himself. Interestingly enough, tiketmobile.com happens to be live — at least as of this publication — and it appears to be functional.

On closer inspection, one would observe that both the origin and destination drop-down options have been limited to only airports. This might explain the apparent partnership with Kouba Transport Services. The question now is: is Tiketmobile actually making a comeback of sorts? Perhaps a pivot?

Well, we hypothesise that Tiketmobile might be pivoting into an airport transportation service, in [maybe] exclusive partnership with Kouba, and it will launch “very soon”. Basically, Kouba handles the operations while Ticketmobile handles the tech behind it.

It looks like someone is gradually gearing up to get back into the startup game full time. Some of you may remember that Celestine, only last July, announced his new Occasions Utility startup called Ocaman. Ocaman may also be pivoting very soon. We are however in the dark about what it will be pivoting to.

Techpoint has reached out to Celestine Ezeokoye for official comment. We will intimate you with any relevant updates.