We’ve all been caught up in the frenzy.

A few days from now, the 2015 general elections will hold. Arguably, the most keenly contested presidential election in the history of Nigeria will be held on February 14, 2015.

Different parties, politicians and activists have given several reasons why the outcome of these elections, the presidential elections especially, will determine the future of Nigeria. Thus, all cards are on the table and the world is eagerly awaiting the winner of the forthcoming presidential elections.

In short, all is at stake.

A visible advantage of the dire nature of the general election is the “sophisticated” tools that are being used to persuade and manipulate the voting public on who to vote and not to vote for.

However, the most surprising of these tools used is the Social Media. In fact, the 2015 general elections will write itself in history as the year Nigerians politicians knew the latest social platforms.

But the usage of the social media in campaigning for votes is not a new thing globally. In fact several countries have displayed the importance of social media platforms in determining who wins or lose an election.

In order to make this seemingly exciting battle interesting, we would focus on the two party battles on their way to Abuja.

The amazing advantage the various social media platforms have over the traditional means is the certainty of reach. A single tweet or status update has the capability of reaching millions of people at the same time at cheaper costs. Though, it does not seem Nigerian politicians do seem to worry about the cost as they know they can recoup their “investment” once they get into power.

With 55,930,391 million internet users in Nigeria, Facebook, Twitter and YouTube are the most popular social media platforms. One party largely winning this battle is the APC especially its presidential candidate.

From the past one month, one would have thought that APC had a special partnership with Google Advertising Platform, Adwords. Almost all adverts showed on AdSense and affiliated parties were that of the APC Presidential Candidate Gen (Rd.) Muhammad Buhari. The Lagos state gubernatorial candidate, Ambode is not left out, one would hardly see 3 adverts without that of the aspiring Governor appearing. However, unlike his party’s presidential candidate, the PDP Lagos governorship election campaign team is truly standing its grounds also. The video adverts of the Jimi Agbaje’s vision and mission has been “trolling” lots of Nigerians who simply wish to enjoy a nice YouTube video. However, over the past few weeks, as if waking up from their slumber, the campaign team of the President is now gaining grounds on Google adverts. Their adverts are now competing fiercely with that of the APC. If anyone is smiling to the bank and jumping for joy, it is Google and hundreds of Nigerian blogs and websites that host the AdSense adverts system.

If one is to judge purely on what happened in India and USA where the mastery of Twitter had a huge effect on who won the presidential election, then, Gen (Rd) Muhammad Buhari will be crowned at least the Twitter president.

Despite his “old” age, the retired general campaign team must be commended greatly with the way they have won the Twitter war.
Although they came late to the game with the official Twitter handle @ThisIsBuhari account being opened just last year December, the @ThisisBuhari account now boast of 96,000 followers.

With over a million Nigerian Users, Twitter boasts of having the attention of many Nigerian youths and the educated elites and it seems, the APC should be celebrating.

Facebook with over 11 million Nigerian users has largely been used by both sides through the use of sponsored stories and Fan pages promotion. With more Nigerians on Facebook than on twitter, it does not however seem that both parties are largely interested in winning the Facebook war.

However, what Facebook and to some extent WhatsApp and BBM have been used for has been “Accusations Bashing”.

This is largely made possible by the new style of recruiting volunteers similar to that of the Obama Campaign team. Several websites have been developed to amass volunteers for the party candidates. While APC was early into the game, The PDP as usual as played catch-up by also launching a volunteering signup website, gejites.com.

These volunteers have helped in spreading Facebook status updates, WhatsApp and BBM broadcasts to fuel propagandas, spread manifestos and refute accusations of the opposing party.

Obama taught the whole world in 2008 that it was largely possible to fund a political campaign without the help of “friendly” wealthy businessmen and politicians. The online campaign for donations was so effective that some “generous” “proudly black” Nigerians mobilized donations for the Obama dream.

The 2015 elections is seeing this innovation being brought to play. After declaring that he had to borrow N1m from the bank to buy his party’s presidential form, Muhammad Buhari and his campaign team swung into action by introducing an online donation platform – basically crouwdfunding, an innovation that is largely new in Nigeria and will slightly reduce the influence of amazingly wealthy businessmen and politicians who are ready to make “highly profitable investments”. Not to be left behind, The PDP Presidential campaign team some days ago spurn off a PDP Social Media Group whose lofty goal was to drive online donations worth #500M to achieve the aspirations of the incumbent President.

As Nigerians troop on Feb 14 to decide who rules them for the next 4 years, it is no gainsaying that the social media platforms will help to prevent rigging and falsifications of results. If events at some recent states governorship elections are to go by, real time updates of Facebook and Twitter of polling units’ results will make a free and fair election possible.

The FEB’14 elections will determine if the voices of Nigerians on Social media truly translates to the opinions of Nigerians on national issues. If this is true, then the political party playing catch up in the social media battle has a lot of worries to attend to.

A social media geek. Apart from brewing ideas and programming, I love reading! 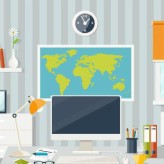 A social media geek. Apart from brewing ideas and programming, I love reading!