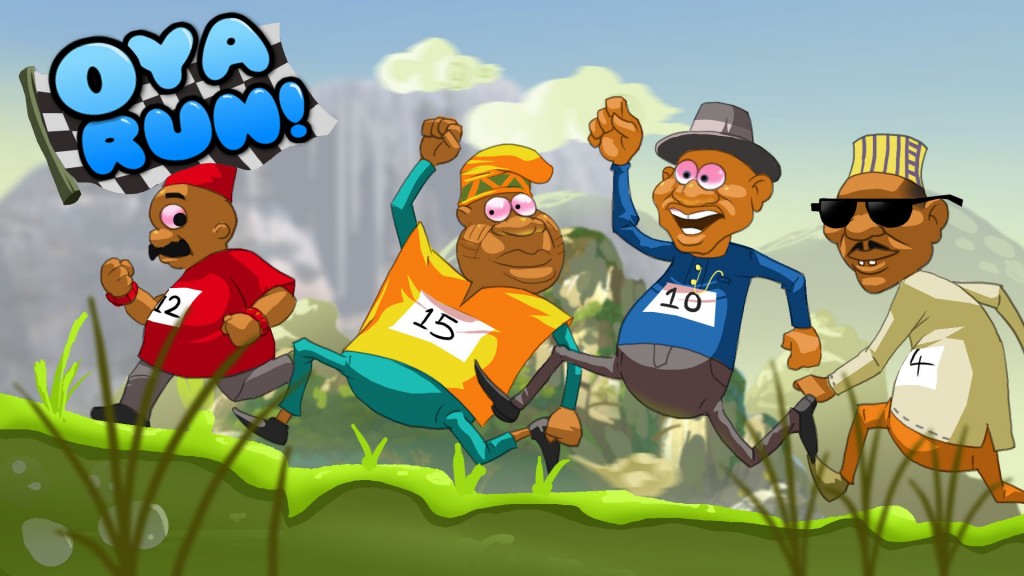 ChopUp has stepped out with their latest game.

Called Oya Run with Friends, it brings to mind the Nigerian version of Subway Surf or Temple run. It’s not far from that really, but it’s a play on the most anticipated election in Nigeria.

It has been decided that the best way to elect our leaders is to put them to tests of physical endurance while they work on projects that benefit the people for their votes.

This is the first realtime multiplayer game in Nigeria, where users can play against their Facebook friends anywhere in the world. It is a fun and competitive game, players select their candidate and race each other for points which is then used to obtain votes to be on the leader board.

Stay tuned for the launch…

The game is based on from Nigeria’s forthcoming general elections, allows players to run with fictional candidates in an Olympic track event; an interesting metaphor for the country’s presidential “race” it seems.

The trailer doesn’t give much away but it’s supposed to be fun and competitive; and here’s a trailer:
https://www.youtube.com/watch?v=D01GqHoif6w