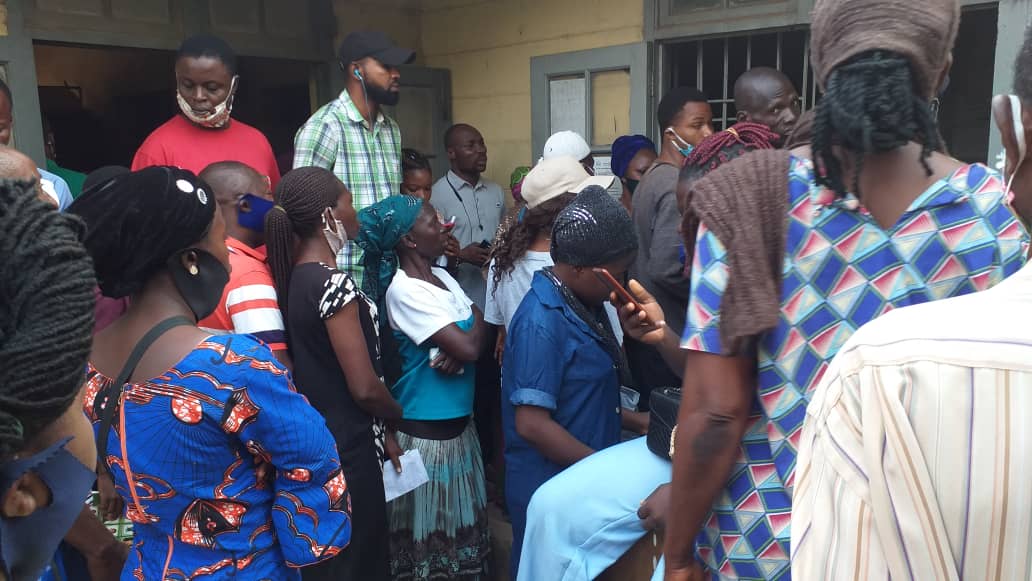 The Nigerian Identity Management Commission (NIMC) has given telcos and some private companies the licence to register National Identity Numbers (NIN). The government claims it wants to reduce crowds at the various enrollment centres nationwide.

What this means: If you’re one of the alleged millions who do not have a NIN yet, you no longer have to queue at NIMC enrollment centres. You can, instead, do the queuing at your network provider’s offices nationwide.

A brief timeline: In February 2020, the Minister of Communications and the Digital Economy ordered Nigerians to link their NINs with their SIMs. But like some of the Minister’s previous orders, nothing much came out of it.

On December 15, 2020, the government went for an ultimatum, ordering people to link their NINs to their SIMs or risk being blocked by December 30, 2021. It then extended the deadline to January 19, 2021, and gave those without NINs as far as February.

On January 7, NIMC enrollment workers embarked on a strike due to unpaid salaries and risk of COVID-19. On January 8, the NIMC workers called it off, but it is not clear how much of the COVID-19 precautions the government has taken.

The big problem:  While the inclusion of telcos nationwide might seem like a good strategy, the experience might not be so seamless.  I’ve received multiple reports of people having difficulty retrieving their SIMs since NIMC’s servers have been sluggish.

Most MTN offices in Lagos have been regularly facing network issues, and for NIN registrations to take place, the Commission has to resolve server issues.

I’ll narrate my experience in the coming weeks and delve into the implications of the Federal Government’s shocking move.

Kenyans can now use embedded SIMs (eSIMs). But it’s not enough to get excited about just yet.

But, why? Considering prevailing circumstances, only very few Kenyans can use the eSIMs for now. Being the first of its kind in the country and pioneered by JLT through its Faiba 4G network, there’s a challenge.

Faiba 4G came into the Kenyan mobile network market in 2017 but it is not yet accessible in some locations. Being a 4G/LTE only network, it is also not supported on most low-end phones — mostly Tecno and Infinix brands. Apart from that, even some high-end phones are not eSIM compatible.

To cap it up is the low 4G coverage in Kenya. This is even the same challenge with lower spectrums in some places. Explains why Safaricom plans to shelve its 5G ambition in order to further drive 2G and 3G penetration.

Still a good omen: Kenya’s situation is reminiscent of what happened in Nigeria in July 2019 when MTN started its eSIM trial. The telco promised to run the trial for a year, to be enjoyed by 5,000 subscribers for a start.

Though we don’t have enough information to confirm how much has been achieved in that respect, the pandemic and the sudden pressure placed on telcos to link subscribers’ data with NIN may have stalled it.

But the big question remains: Is there a market for eSIMs in Africa yet?

The chances may be slim in Kenya, but Safaricom also wants to give it a try in 2021.

Worth anticipating: eSIMs have several prospects which I described in this article. But then, it looks like a long haul before there can be noticeable eSIM subscriber statistics in Africa.

If you saw AMC trending yesterday, you could be forgiven for thinking it released a worthy sequel to its hit TV series, Breaking Bad. Well, the scene for AMC’s buzz lied in Wall Street, New York City.

For the past few days, the US stock markets have been agog with weird activities, and it has seemingly trickled down to Nigerian investors. Some investment-tech apps currently help Nigerians buy stocks from the US, China, and Nigeria, in case you’re wondering.

This week, companies like Gamestop, an American video game company, and AMC, an entertainment media company have seen their shares soar in price, and it has possibly presented something of a headache for apps like Bamboo and Chaka.

What’s happening? Remember how a Citron research plunged Jumia’s stock in 2019? Such was happening with Gamestop and AMC, but retail investors have retaliated. In response to these short sellers, retail investors are now buying stocks targeted by hedge fund managers.

Chaka CEO, Tosin Osibodu, explains that if hedge funds (let’s call them traders with a lot of money to spare) borrow and sell AMC stock for $40, it could drive down the price. They can then sell it when it gets to $20 and make a profit. If it doesn’t, they would lose and still have to cover for the stocks they borrowed.

Ripple effects: Nigerians have tried to jump on the trend, but have faced technical issues on the platforms they use. In case you’re wondering, the US’ SEC found both stocks too volatile and stopped trading activities.

Given the volatility, Osibodu believes jumping on the trend might be a risky venture.

A watchful eye: Nigeria’s Securities and Exchange Commission (SEC) have set their sights on investment tech applications, and a possible framework for cryptocurrency could be on the way.

Go deeper: 6 Nigerian tech policies to watch out for in 2021

The story: US-based SaaS startup for appointment scheduling has raised $350m from OpenView Venture Partners and Iconiq. Valued at $3b, the seven-year-old company has survived organically on bootstrapping, a previous $550m raise, and revenue.

Following this raise, the founder and CEO, Tope Awotona is now joined by Jeff Diana as Chief People Officer and Patrick Moran as Chief Revenue Officer. According to the founder, the company would invest the funds to grow its platform with more tools, while expanding its operations by doubling the employee base.

Why it matters: Founded by Nigeria-born Tope Awotona, Calendly is one of the profitable black-owned startups currently thriving in the US.

Having been under the radar for the larger part for unknown reasons, this fundraise has drawn attention to the startup. The founder plans to leverage this to attract more users that need a scheduling software to plan their day during such a unique era brought about by the pandemic.

The bigger picture: Calendly currently boasts of 10 million monthly users after experiencing a 1,180% increase in 2020, a growth it owes to the lifestyle changes that came with the lockdown.

These numbers lend credence to the growing trend of tech adoption globally. As the world struggles to brave through COVID 19, cloud-based services are getting more attention, video conferencing platforms are drawing in users in droves, and other tools supporting effective remote working, like Calendly, are embraced.

Why WhatsApp snuck up on us

The most popular online messaging platform in the world, WhatsApp trended on TwitterNG two days in a row. This time, it isn’t a clone app trying to steal its shine.

What happened? On Wednesday morning, Nigerians woke up to see WhatsApp’s status update on their statuses. Think of it this way: WhatsApp just saved my number, and that allowed me to see its status. Does that sound right?

My initial reaction was to suspect a bug, but clicking on the status gave more clarity. The four-slide status reads:

WhatsApp is now on Status! We’ll let you know about new features and updates here.
One thing that isn’t new is our commitment to your privacy
WhatsApp can’t read or listen to your conversations as they’re end-to-end encrypted.
What’s private is private!

Quite thoughtful, I’d say. Typically, WhatsApp posts its latest updates on its official Blog. To say the least, devising a more efficient means as this is a brilliant move.

If anything, it would help prevent misconception like it happened when users panicked after they started getting pop-up notifications about WhatsApp updating its terms and privacy policy. The deadline was initially pegged at February 8 before it was postponed to May 15, 2021.

There’s a ‘but’: Trust and privacy concerns. Some users believe that dropping the status update on users without prior notification is tantamount to intrusion.

On the other hand, probably because of the existing distrust expressed toward Facebook, some users suspect that this is a way to ease ads into WhatsApp gradually. After all, Facebook gave no assurance that it will completely drop its intention of bringing ads to WhatsApp.

Concerning introducing ads, the company has this to say: We have no intention to introduce them, but if we ever do, we will update this Privacy Policy.

Since the acquisition, Facebook has been looking for ways to monetise the platform. Although it is currently doing so with WhatsApp Business APIs with large business.

Just curious: I suspect that what happened was targetted at only a few regions like Nigeria. Because I couldn’t find any similar reactions from the international community. Well… you can’t go wrong with a brief web search.

While we anticipate what the ‘true’ end game is, I figured that what happened was like a test run. Because before the end of the day, users no longer saw it on their statuses. A typical status has a 24-hr lifespan and it will remain unless deleted.