5 months after expanding to South Africa, Nigeria’s Kiakiaprint goes to the US and Canada 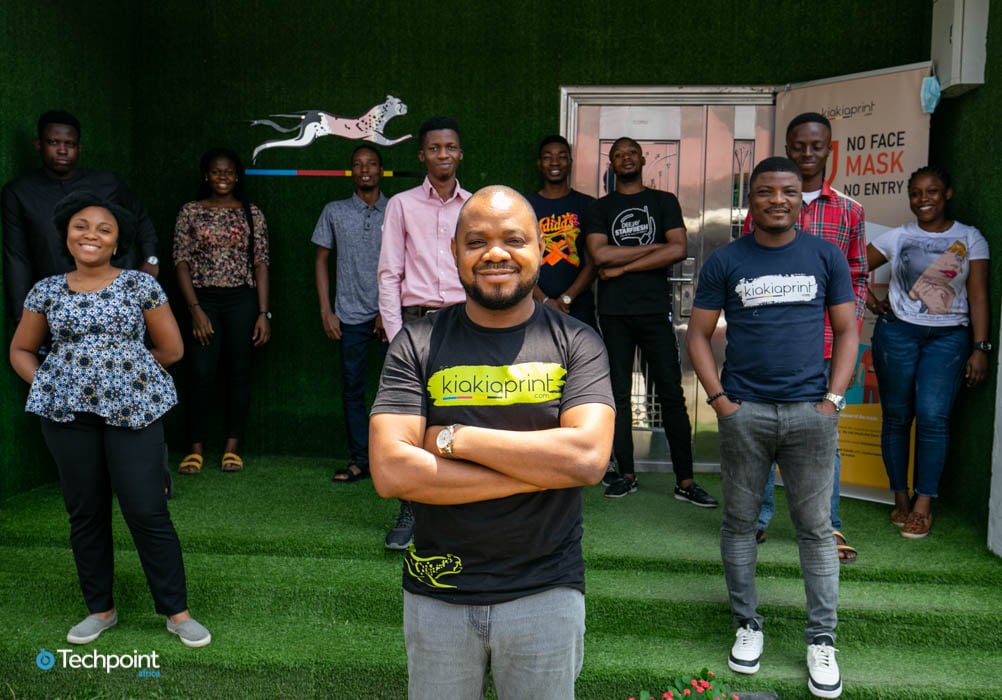 Following its expansion to South Africa, Kiakiaprint, a Nigerian print-on-demand startup, is now live in the North American countries of Canada and the US.

The expansion news in July 2020 coincided with the startup’s partnership with online design and publishing company, Canva.

Kiakiaprint’s deal with Canva gives its Nigerian and South African customers options to either upload a design, hire a designer on the platform, or use Canva’s designs before printing.

Customers in South Africa and Nigeria have access to 9 and 19 product catalogues on the site, respectively. However, the numbers currently stand at 8 and 13 for Canada and the US, respectively. These products range from business cards and stationery to custom mugs and hoodies.

Why the US and Canada?

The Australian-based online design company is a global business with more than 30 million users. However, it has sought to break into the US offline market to target small business owners and customers.

To achieve this, the eight-year-old startup partnered with FedEx Office and then Office Depot, a wholly-owned subsidiary of The ODP Corporation. It wasn’t until two weeks after the latter partnership that Canva joined forces with Kiakiaprint to consolidate its global position by bringing African small business owners onboard.

Tunde Ademuyiwa, Kiakiaprint CEO, told us that the startup wanted to go global after the partnership and expansion. And though the team didn’t think it would happen so soon, the Canva partnership opened their eyes to the possibilities sooner.

“As at when we spoke, this was not planned for, but we thought this was something we could look at eventually. We have technology that anybody in the world can use, so we felt let’s get out there and capture real value.”

The global print industry is estimated to be worth more than $800 billion. But, the global market for online printing is smaller, estimated at almost $1 billion this year amidst the COVID-19 crisis.

That being said, the individual markets of the US and Canada are larger than the two African countries combined as the US accounts for over 29.5% of the global online printing market.

Ademuyiwa argues that the learning curve for the use of eCommerce and online printing was also a factor in expanding to these areas. People in the US and Canada actively use Canva and are familiar with the basics of online printing.

But that’s not the case in Africa. The startup’s recent analysis shows that people who use its platform in Nigeria and South Africa are mainly elites. Ademuyiwa compares this to the US and other developed markets where he claims everyday people are conversant with online printing.

“I just feel that the market is still very small for our potential. We have a world-class site, and we can pretty much compete with any company in the US in terms of technology. We believe that we have the talent to succeed anywhere,” he claims.

Although the CEO says Nigeria’s eCommerce market isn’t growing as much as he’d like, the startup recorded impressive numbers during the pandemic as online orders during the lockdown exceeded pre-pandemic numbers.

The expansion to the US and Canada will still see Kiakiaprint maintain its talent in Nigeria. This is despite establishing a US office currently overseen by one of the startup’s co-founders, Bunmi Ade.

Of partnerships in South Africa, the US, and Canada

The answer to how Kiakiaprint achieved its partnerships can be gotten from looking at its automation process.

To facilitate its expansion to South Africa, Kiakiaprint formed partnerships with local print companies in the country that offer similar high standards of print. This means the startup didn’t need to establish a physical presence there.

The expansion to the US and Canada works the same way although the startup is establishing an office in the former.

Ademuyiwa wouldn’t disclose the names of its printing partners. But he says the company’s business model is like Uber for print. Thus, what happens is that the closest printing facility to a customer in Canada, Nigeria, US, and South Africa executes the order.

Despite scaling to South Africa, Kiakiaprint has more partners in the US and Canada. But Ademuyiwa says this might change next year.

“South Africa is growing, but we need more partners. So far, we’ve been limited by the pandemic, but we see that changing next year as we intend to double down on our progress.”

With a staff strength of 30, only a team of 6 was necessary to execute this expansion. And this shows Ademuyiwa how efficient and lean his team can be while completing demanding tasks. And although there are no immediate plans to increase its staff, Kiakiaprint might be looking to raise outside funds to consolidate its efforts in the four markets.

“I can’t say if we’ll raise money, but it’s something we’re considering next year depending on how we perform. We’re open to offers if they align with our thinking and the way we run things.”

How does Kiakiaprint view competition in these countries?

The printing industry is almost a 600-year-old trillion-dollar industry. Vistaprint and Shutterfly, two of the world’s most dominant printing giants, make about $2 billion each in annual revenue. MOO, a UK-based online printing company, does about $150 million in yearly revenue, prints millions of cards a month, and has hundreds of thousands of customers in more than 190 countries.

But Ademuyiwa tells us that one of the reasons Kiakiaprint expanded was to exploit some loopholes it noticed in the US and Canadian markets.

He also adds a witty but not surprising statement on why competition doesn’t faze the startup right now.

“No matter how small the revenue we make from those markets, it’s still going to be bigger than what we’ll make in Africa.”

In his opinion, there are more growth opportunities for online printing players willing to take advantage of them. He references the fact that even though online printing is well accessed in the US, offline printing is still dominant as Americans visit mom-and-pop shops regularly to print.

Ademuyiwa thinks Kiakiaprint’s partnership with Canva, which two other printing outfits in the US also have, can help the startup carve a niche for itself and capture reasonable market share.

To cap that off, he boasts once again about his team’s efficiency, saying they’ll be more efficient than competitors in terms of how talent maximises resources.

“What our competition might not be able to achieve with $100, for instance, we will be able to because we’re a Nigerian and US company.”