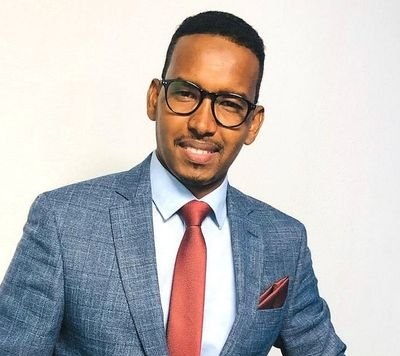 Through a series of surveys carried out across the African continent, the United Nations International Children’s Emergency Fund (UNICEF) has established that there are clear links between the language of instruction and the outcome of a child’s cognitive learning process.

When it comes to instruction, there is a language barrier in Africa because the language of teaching differs from children’s mother tongue. And a UNICEF report (PDF) states that one of the fundamental challenges of learning in most African nations is the presence of diverse indigenous languages.

Abdinoor Alimahdi, a Kenyan, had a similar experience while growing up in Northern Kenya. His mother tongue, Somali, wasn’t an official language, so he had to stick to English as his primary language of instruction, with Kiswahili used sparingly.

Now a telecommunications engineer, Alimahdi decided to revisit this challenge because many children in the hinterlands perform poorly in national examinations because they are neither fluent in English nor Kiswahili by the time they are in grade six.

Determined to give children outside the urban environment an opportunity to be taught elementary studies in familiar languages, he created a learning app as his project work while pursuing a master’s degree in education technology.

By January 2019, M-Lugha was officially launched as a series of apps that translate early childhood education curriculum into native languages, one community at a time.

“I decided to translate the syllabus into their mother tongue on a digital device for the early years of education. With this, learning will be fun, and young people can acquire basic knowledge in literacy and numeracy without having to face the problems I faced,” Alimahdi submits.

The Kenyan government, aware of the challenge, started supporting learning with indigenous language in its new curriculum in 2017 by producing basic subjects textbooks — mathematics, language activity, environment activity, psychomotor, and hygiene — in Kiswahili. But, Alimahdi believes this is not sufficient.

“What we are producing is offline interactive digital content which has pictorials, animations, and voice-overs. When you click on an image, it will give you the name in both English and the mother tongue,” he adds.

M-Lugha for one community at a time

The Kenyan population is mostly arid/semi-arid, with 35 out of 47 counties considered rural. And with current coverage of 10 counties, he says these are the people for whom he has built this product.

“Initially, the M-Lugha app was in three languages. After graduation, I decided to commercialise it and add 17 more languages, one of which is Somali. Most of the languages are spoken by nomads, so we focus on the dominant language in each county to provide their solution.”

Unlike most apps with several functions on the Play Store, there are different M-Lugha apps for other languages and subjects. For instance, an M-Lugha (Kalenjin) (mathematics) will only provide mathematical illustrations for kids whose mother tongue is Kalenjin.

This means a pupil will need not less than three M-Lugha apps — at least 25 MB each — to have a comprehensive study. Strangely, Alimahdi says this is deliberate as it facilitates proper navigation through the app, which is why the dashboard is simple and child-friendly.

For now, Alimahdi explains that there is only content for pre-primary one and two pupils, while grades one and two are in the works.

Funding for affordability and accessibility

“The app goes for an annual subscription of KSh500 (~$5), but we are not selling the app alone. We are also selling hardware and software as a package. We have customised 7-inch Android tablets with preloaded M-Lugha apps and other free early childhood interactive apps.”

However, Alimahdi acknowledges that this isn’t sustainable, given the parents’ inability to afford the product. So the startup has been depending on educational support groups and county governments to make it available for distribution to parents.

The business appears to be struggling with profitability, and he maintains that there’s a dire need for funding. Nevertheless, Alimahdi is considering introducing payments in instalments to address the issue of affordability.

The startup hasn’t secured any funding since it launched, and the entrepreneur blames this on bureaucracy which has stalled the product’s official approval.

“That has been my major roadblock to success. Whenever I go to NGOs or the county government, they say they cannot fund an app that hasn’t been approved by the ministry of education. But the ministry is requesting for Ksh 2 million (~$20,000) for approval,” he laments.

While claiming that the app was downloaded for free up to 15,000 times during the pilot stage, he explains that parents also embrace the product in the urban areas. According to him, they give positive feedback on how it helps their children learn their mother tongue even though it isn’t necessary for school learning.

Currently without a team due to running costs, Alimahdi explains that professionals do app/web development, animation, and translations on a gig basis.

Despite the setbacks, M-Lugha has featured on several international and continental stages for pitches and competitions, and Alimahdi hopes that being the first in the country, he will soon draw international attention to the product.

Once funding constraints are removed, Alimahdi has eyes on countries that speak similar languages like Botswana, Rwanda, South Africa, Somalia, and some parts of Ethiopia. The startup also has plans to deliver standalone translation apps to these locations on request.

With the right support in place, Alimahdi believes that in the coming years, M-Lugha will solve the African problem despite Kenya’s nascent tech ecosystem.