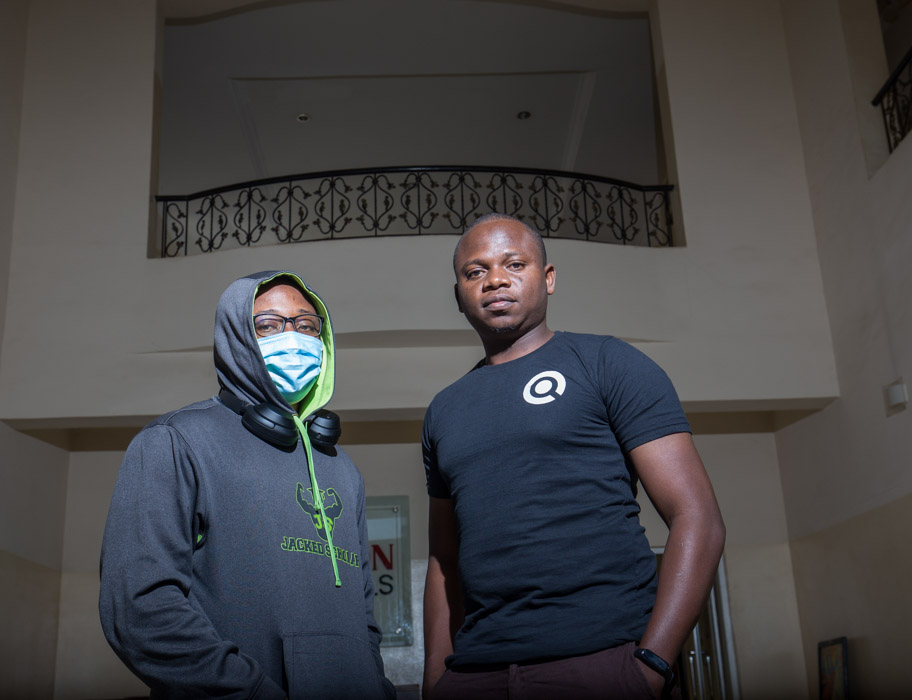 Majority of the people in attendance were software engineers who worked mostly in Berlin and other parts of Europe.

According to Adewale Yusuf, Techpoint Africa CEO, the aim was to “create a platform where tech talents from different European countries can hang out and have a sense of community.”

Also, members of the community were tasked to deliberate on how best they’d contribute to the growth of tech and talent in Africa.

Yesterday, we had the first meet up for African tech talents in Europe (Berlin, Germany). I'm really happy to see these software Engineers living their dreams as expatriates in Europe.

A lot was shared on giving back and opportunities for African talent in Europe. pic.twitter.com/MwLXOuJI37

While it appears the meetups have stalled and little progress has been made within the community, Yusuf acknowledges that he felt the need to take on the responsibility of building tech talent in the continent, starting with Nigeria.

“One thing I realised from the developers that came was the sheer amount of talent Africa has. And these developers were leading different teams at the companies where they worked around the world,” he says to Techpoint Africa.

Exporting talent from Nigeria to the world

Before they got jobs and moved to Europe, these developers plied their trade while resident in Africa. Home to 1.25 billion people, the continent is made up of 60% youth aged 25 and below.

This means that potential tech talent abounds, and with thousands of tech companies, quality is brewing every day.

To make time to actualise his plan to build more tech talent, Yusuf decided to step down as publisher of Techpoint Africa. In turn, he launched TalentQL — Talent Quiet Location — to hire, develop, and manage remote talent for global companies.

Today I will be stepping down as the Publisher of @Techpointdotng. I'm proud of what we've built and excited about the future of the company. Now handing over the baton to my Co-founder @MuyoSan. I know we have the best team on the continent and I'm being reminded of that daily. pic.twitter.com/XHzubYFIsE

Yusuf tells us that he’s constantly reminded of the importance and value of tech talent in Nigeria and diaspora. However, one concern for him is the concentration of most tech talent in Lagos, the commercial city of Nigeria.

Often hailed as Nigeria’s tech and startup city, Lagos has a bubbling tech ecosystem with the majority of the country’s most innovative startups having a physical presence there.

But no thanks to the COVID-19 pandemic, companies are beginning to dispel that notion with some opting for their employees to work outside the city.

This is where TalentQL is rearing its young head. According to Yusuf, the startup has taken it upon itself to ensure that it breeds tech talents that live outside Lagos.

“We want to make sure they live in a place where there’s no traffic and where they can have constant electricity to work,” he says humorously.

Betting on talent outside Lagos

Relatively new to the tech talent space, Yusuf enlisted the help of Opeyemi Awoyemi and Sultan Akintunde to build TalentQL.

Awoyemi is the Co-founder of cloud-hosting company, Whogohost; and Jobberman, one of Africa’s largest online recruitment companies.

Although he now works as a senior product manager with Indeed, a US-based employment site, Awoyemi’s experience with Jobberman will prove vital to his role as co-founder of the new startup.

Akintunde, on the other hand, is the Founder of non-profit tech accelerator, DevCareer. The organisation is well known for its efforts to pool funds to buy laptops for up-and-coming developers and guide them on a path to proficiency.

Akintunde and Yusuf will actively run the new startup in Nigeria, while Awoyemi, who is in the US, will take charge of matters relating to the startup’s business and partnerships.

Furthermore, Yusuf tells us that TalentQL’s value proposition to companies is spread across three offerings.

First is the one that deals with hiring and managing the best engineering talent for foreign companies.

In the wake of the pandemic, many companies are rethinking their hiring strategies: opting for cheaper talent with the same output from anywhere in the world, not necessarily the US.

The team is currently in talks with companies in the US and Europe. And according to Yusuf, regardless of the level of expertise needed by a client, TalentQL tries to imbibe the client’s culture, work ethic, and professionalism into whoever gets the role.

In turn, these foreign companies pay TalentQL to manage them.

“We want these talents to blend with your team. Thus, we try to take all the headaches and distractions off you, so the company can focus on what it does best,” he says.

As stated, these tech talents need to live outside Lagos. To make this happen, TalentQL will build campuses to provide coworking spaces, electricity, and Internet; and in some cases, accommodation. The first set of campuses will be in Ile-Ife, a city in Osun State.

What’s the rationale for this decision? To Yusuf, it is simple.

“In the first place, talent relocated to Lagos for opportunities. But what we’re doing is to take these opportunities back to talent.

“During a 60-minute drive within the city of Ile-Ife, you’ll see more than ten higher institutions. And for TalentQL to be sustainable, we need to go where talent is currently abundant and promises to remain so,” he says.

Asides Ile-Ife, there might also be TalentQL campuses in cities like Enugu and Kaduna where higher institutions usually surround talent.

The second offering is what the company calls the talent pipeline.

Now, it’s not news that a good number of developers use companies in Nigeria as a stepping stone to seek opportunities outside Africa.

Running Techpoint Africa, Yusuf realised that most of the developers that came in got better, and then moved on to another company. After further improvement, they move on to another before leaving for an international company.

“This is the reality,” Yusuf argues, “and it is not changing anytime soon.”

He adds that the onus is on TalentQL to upskill developers and create a talent pipeline for interested local companies.

The pipeline works this way. TalentQL starts a 6-month programme for the best beginner to intermediate developers with little to no work experience.

The first cohort programme will be piloted with fintech companies. Yusuf says TalentQL is looking to convince these clients to hire three or four junior developers, train them for six months during which they’ll be in TalentQL’s campus working remotely with the client’s team.

For this model, TalentQL charges the clients per month and pays the developers on behalf of the client.

Within these six months, the developers will be drilled in concepts around fintech locally and globally. Yusuf claims they’ll have different talks with mentors and with professionals from various local and international fintech companies.

Also, the first cohort of this model will begin between the first and second quarter of 2021.

However, what if these developers leave the clients almost immediately after gaining employment?

“After the programme, the client can either keep them with TalentQL in Ile-Ife remotely or move them to where they need them even if it’s in Lagos. Also, we’ll encourage our clients to sign maybe a two-year contract with these developers after the six-month programme.”

Although similar to the first, the third offering is for local companies, and TalentQL collects a service fee. Here, the developers can have access to TalentQL’s workspace with the option of the clients providing accommodation for the developers.

While Yusuf admits that what TalentQL is doing isn’t entirely new, its talent pipeline offering gives it an edge. He compares it to Andela’s previous business model, where they employed and outsourced hundreds of junior developers.

Unlike the six-year-old company, TalentQL isn’t keeping these engineers on its payroll but building a decentralised platform for companies that need their services.

Even though clients will need to part with some money to train these talents with the help of TalentQL, Yusuf believes it will eventually pay off for the companies in the long run.

Usually, companies might need to worry about hiring a new engineer when the residing one decides to leave, but the model eases that rigorous process.

“The way I see it, we have to take a chance on these people. If we don’t invest in them now, we wouldn’t be able to afford them later. That’s one thing we’re telling companies; you have to invest in your talent pipeline.”

For now, the company’s focus is on engineering talent, but with time, the company will dip its hands into other talents like design and content.

On challenges the startup might encounter going forward, Yusuf affirms that with over 20 years of experience in running companies and building talent between the founders, they understand what’s in store for them.

What’s imperative now is that they are riding on the wave set by their predecessors and are willing to bet on the future of talent in Africa. https://zp-pdl.com/best-payday-loans.php http://www.otc-certified-store.com/neurological-disorders-medicine-usa.html https://zp-pdl.com/online-payday-loans-cash-advances.php