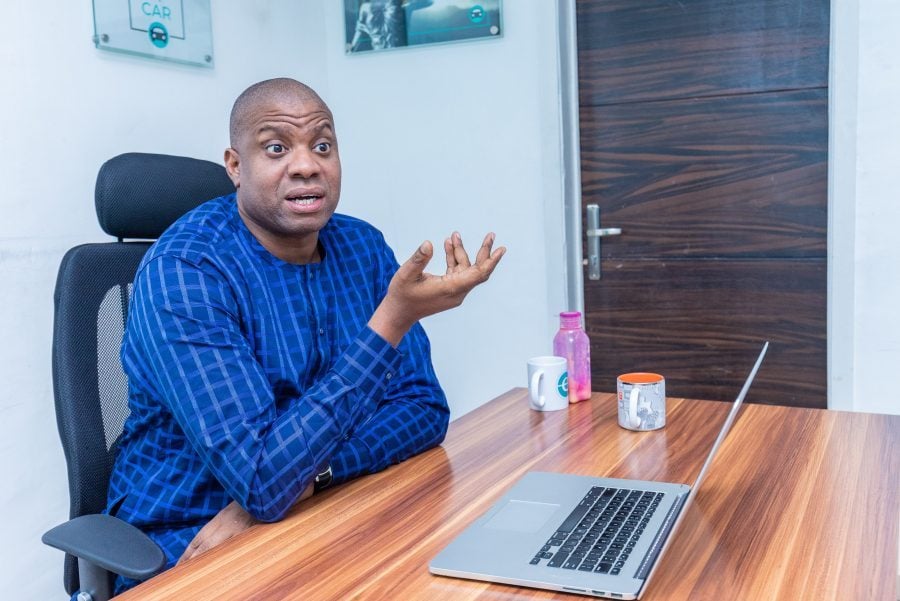 Yesterday, Techpoint Africa gathered that Ex-CEO of Cars45, Etop Ikpe, will be at the helm of affairs of a new company, Autochek.

This news comes after two weeks of speculation on how the CEO left his previous company, Cars45 — the Nigerian startup that helps users evaluate, buy, and sell used cars.

On September 1, Cars45 released a now-redacted Instagram post distancing itself from 11 senior executives who have since left the company abruptly.

According to WeeTracker, Cars45 claimed the employees left voluntarily, and regardless of the approach it used, the company thought it necessary to inform its customers.

While this happened, different accounts came up as to why Ikpe and these executives actually left the four-year-old startup.

Ikpe had co-founded the company in 2016 with Iyamu Mohammed, Sujay Tyle, and Peter Lindholm. Before that, he was Commercial Director of Konga and Co-MD of defunct classifieds startup, DealDey.

With Cars45, Ikpe oversaw the company’s Series A raise of $5 million from the Frontier Car Group with participation from Balderton Capital, EchoVC, and TPG Growth.

Last year, the company expanded its consumer-to-consumer (C2C) marketplace to Ghana and Kenya. At the time, Ikpe said the company was going to expand more this year, however, he won’t be in the driving seat this time.

Earlier this week, TechCabal reported that Ikpe might have left the company because of a disagreement over “equity arrangements as well as a buy-out fallout.”

Also, in a now-redacted article by Nigeria Today News, the publication claimed that the Cars45 executives were sacked because of “mismanagement of funds and outright fraud.” However, Ikpe and Cars45 reached out to the publication to deny these allegations describing them as “misleading, libellous and defamatory.”

Since leaving the startup in July, Ikpe updated his LinkedIn to reflect this move to “CEO at NewCo”. Some executives who left Cars45 during this period have also updated their respective positions at the same company.

Well, it turns out NewCo might have been a placeholder for Autochek, the name they didn’t want the public to know yet.

Autochek’s website reveals its claim to be “Africa’s 360° Automobile Solution” providing warranty, financing, and maintenance for vehicle dealers. Not much is known about the company but our sources say that it is a rebrand of popular car dealer marketplace, Cheki.

Cheki was launched in 2010. Three years ago, the startup was acquired by Ringier Africa, now known as ROAM (Ringier One Africa Media). Headquartered in Lagos, the company is present in seven African countries: Ghana, Kenya, Nigeria, Zambia, Tanzania, Uganda, and Zimbabwe.

While it might seem easy to deduce from Autochek’s domain (autochek.africa) that the company will take control of Cheki’s businesses in these countries, the details are not clear as at press time.

However, from what we’ve gathered, Ikpe will be the Chief Executive Officer of Autochek when the company officially launches on October 1.