In conversation with Obinna Ukwuani, Chief Digital Officer at the Bank of Kigali 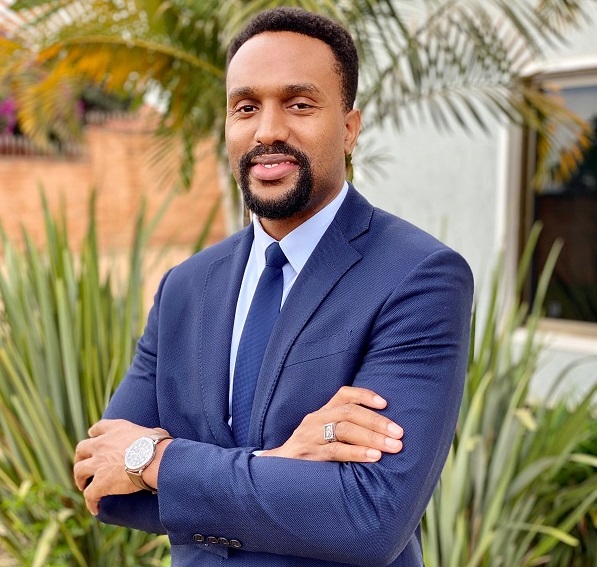 In June 2020, a Nigerian serial entrepreneur, Obinna Ukwuani, was appointed as Chief Digital Officer for the Bank of Kigali, the largest commercial bank in Rwanda. He will head a division that looks to boost the bank’s digital banking arm.

While such pan-African appointments are not new, Ukwuani’s career trajectory in the seven years since graduating from the Massachusetts Institute of Technology (MIT) with a B.Sc. in Economics has been impressive.

In 2008, Ukwuani was the valedictorian for McKinley Technology High School, a feat that attracted the attention of top universities in the US, before he chose MIT. Worthy of note is the fact that some of his subsequent career moves were related to his high school activities.

Born and raised in Washington DC and with an economics degree from one of the world’s top universities, you could easily expect Ukwuani to take his pick of jobs from some of the best companies in North America, but he always saw Nigeria as home.

“For whatever reason, I just really felt a desire to be a part of working in Nigeria, building up Nigeria, nation-building, creating opportunities, in my own small way. I felt I was gifted and I wanted my best work to be in a place where the impact would be maximised and closest to home,” says Ukwuani.

Ukwuani recounts how when he was 11 years old, his father briefly sent him and his sister to a boarding school in Enugu, Nigeria. Though he insists those two years were pretty tough, they had the intended effect of helping him understand his roots in Nigeria.

A cursory glance at Ukwuani’s career reveals a lot of tutoring activities in West and East Africa. Before his move to Africa, he engaged with the District of Columbia Public Schools where he taught robotics fundamentals to high school students.

In 2010, he became the Vice President of Harambe Nigeria, an NGO that promotes youth involvement in agriculture and agribusiness. In January 2018, he founded the Makers Robotics Academy in Rwanda and partnered with the Bank of Kigali to provide intensive robotics training to over 40 children.

The seed for this passion that birthed platforms like Exposure Robotics and NESA by Makers, was sown during his brief stint in Enugu.

Ukwuani explains that after graduating high school, he came back to visit his school friends in Enugu, and told them about his entry into MIT. None of them believed him, so they asked him to build a website from scratch on the spot.

“I just put together some HTML and CSS, did photoshop and all that stuff, I actually built a website, sat down for hours and just did it and I guess they were amazed. And I began to talk to them about opportunities, their aspirations, and things like agriculture and all of that, ” he recounts.

Ukwuani believes that the conversations helped open their minds at the time and gave them a bit of exposure.

He says it was at that moment he decided to work on ventures related to giving young Nigerians exposure, and that was literally what gave birth to Exposure Robotics which he launched in the summer of 2012, while still at MIT.

Ukwuani is very proud of the impact the tutoring programs has had on the lives of the students. He even shared some of them at Techpoint Inspired 2018.

“Also, the fact that I and my classmates were focused enough to do this when everyone else was at Wall Street. The Exposure Robotics program especially brought foreigners to Nigeria, also Africans in the diaspora.”

Having previously partnered with the Bank of Kigali on the robotics bootcamp project, Ukwuani believes the success of that program, among other things, probably stood him in good stead.

“There’s definitely so much I cannot share publicly now, but the project did help. Then I worked directly with the CEO and my predecessor, Regis Rugemanshuro, the CDO at the time. I have a number of relationships in Rwanda as well; I’ve been visiting every other month for three years to see my significant other,” he says.

According to Ukwuani, the stint with Paystack, his educational background, and various entrepreneurial pursuits were factors that were considered before his appointment.

“It is also worth mentioning that the leadership of Rwanda is especially keen on giving young people responsibility, and sometimes this seems super huge. I just consider myself fortunate to have been chosen to contribute.”

In Ukwuani’s role as CDO, he is primarily responsible for the division known as the Digital Factory (DF). This division includes engineers of all skill sets, product managers, data scientists, data analysts, and business analysts that work together to build channels and innovative products and services on behalf of the bank.

“Like many banks, the Bank of Kigali has outsourced a lot of applications that are critical to delivering services to customers, whether it’s USSD or mobile apps. The DF was set up to develop these in-house, and introduce new products and services like Ikofi into the market.”

Ikofi is a digital wallet that offers financial services that are mainly focused on farmers, agro-dealers, agri-businesses, and other players in the agricultural ecosystem.

“The easiest way to describe Ikofi is as a direct competitor to MTN MOMO in Rwanda. Around 60 per cent of all the money that moves electronically, from a volume standpoint,  in Rwanda is done as mobile money transfer,” Ukwuani explains.

In Rwanda, you’re more likely to use mobile money than a debit card, and Finclusion estimates that 1 in 4 Rwandans use the service. According to him, almost everyone has a USSD for MTN MOMO, which dominates the electronic payment space in the East African nation.

“For banks, and I guess the government, they’ll love to have a local player with more sway in the digital payments space, and Ikofi is a way for the bank to get its products more directly to the unbanked, and bring more potential customers into their ecosystem.”

The Bank of Kigali is the largest bank in Rwanda with 79 networked branches and over a thousand staff. The government-owned a majority stake in the bank before the company went public.

Though it had tried expanding to other countries, the entry of Diane Karusisi as CEO shifted focus to further deepen the bank’s presence in Rwanda and bring more financially excluded people into the sector.

“A lot of these people are not financially included, and the first step is bringing them into a payments network, which is where Ikofi comes in.”

Besides Ikofi, Ukwuani plans to gain inspiration from his experience with Paystack and the fintech sector in Nigeria to help develop the payment space in Rwanda.

“Nigeria’s payment sector is probably the most developed in Africa. Based on my experience and what I’ve seen in Nigeria, I would be looking to help develop the Bank of Kigali’s mobile app to the level of a fintech like Kudabank and Wallets.ng in Nigeria, for example.

“Achieving something like that would be an astronomical step forward for the payments space in Rwanda.”

Basically, Ukwuani is looking to refresh anything digital, and bring it up to date with world-class standards, engage in predictive analysis and to foster lending activities to farmers among several other initiatives.

Ukwuani maintains that tutoring young Africans remains his core passion. However, initiatives such as NESA by Makers have been placed on hold due to COVID-19 with Rwanda’s digital initiative his main focus.

“At some point, there will definitely be some more tutoring. Even now, I still have investors who are ready to work with me on any educational venture, but for now, I have a huge mandate at the bank,” he says.

Ukwuani believes his experiences of the last few years have somewhat prepared him for this role and to make a real impact, and he hopes to make Nigeria really proud with the work he’s doing in Rwanda.