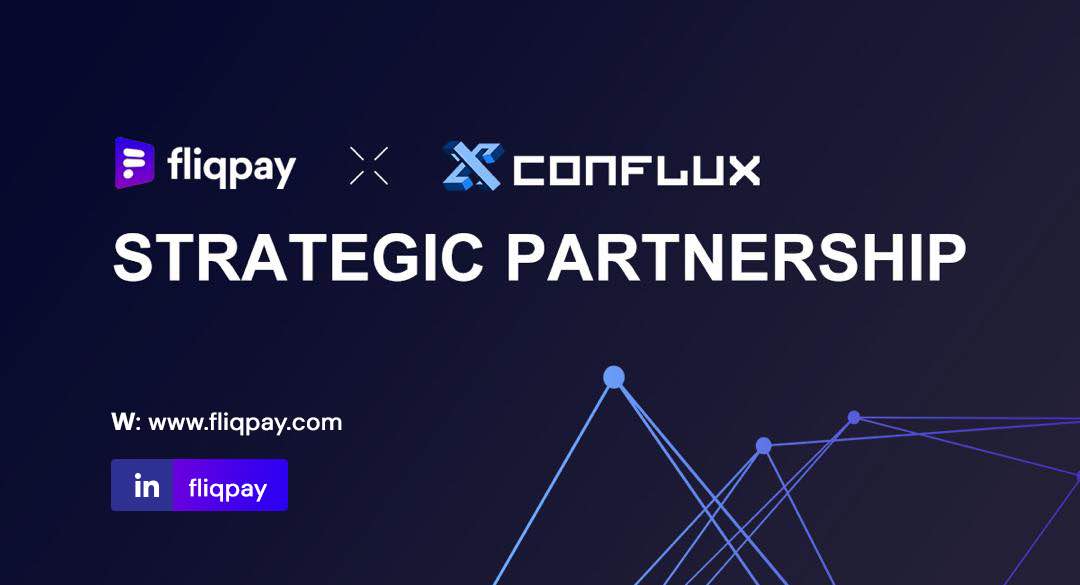 Conflux is partnering with Fliqpay, a cryptocurrency payment gateway to enable merchants to accept payments from customers anywhere in the world. Fliqpay collaborates with various renowned exchange providers and merchants in 19 African countries, Europe and India to deliver remittance more secure, efficient and with lower costs. Fliqpay is aims to bring the next generation of remittance to its users!

Fliqpay and Conflux are teaming up in extending the respective brands through global marketing efforts and community expansion on websites, social media platforms, as well as online and offline events, such as meetups, and workshops.

“This is the first step of a long-lasting partnership in the age of decentralization! Many more opportunities are within reach, like Fliqpay building a decentralized wallet on the Conflux Network, utilizing cross-chain technology for interoperability, making Fliqpay’s platform scalable as well as available for more people, connecting more communities and embracing the shift into the era of open finance together!”

The CEO of Fliqpay, Wole Ayodele also mentioned that the partnership enables Fliqpay to deliver on its promise of helping African businesses to offer their products and services to anyone in the world, receive cryptocurrency payments in minutes and settle fiat in local bank account, eliminate chargebacks and cut fees by 60%.

Fliqpay has payout capabilities in over 15 African countries including Nigeria Ghana, South Africa, Kenya, Uganda as well as francophone countries in West African CFA. This year Fliqpay was selected as one of 10 startups to join Techstars Bangalore, a seed accelerator that helps startups succeed.

Fliqpay was founded in 2019 and has done over $12 million in transaction volume.

Fliqpay is based in Toronto, Canada and Lagos, Nigeria.

Learn more by visiting the Fliqpay’s website, and LinkedIn.

Conflux Network is an open protocol for a new world of DApps, finance, and Web 3.0. As a fast and secure public blockchain, Conflux Network combines Proof of Work and a Tree-Graph structure to power a new generation of decentralized commerce. Conflux Network makes consensus no longer a performance bottleneck, thereupon solves a series of problems in the industrialization of public chains.

Born from the top minds of Tsinghua University and the University of Toronto, Conflux Network is overseen by a diverse global team with the mission to promote cross border collaboration by developing decentralized open source technologies.