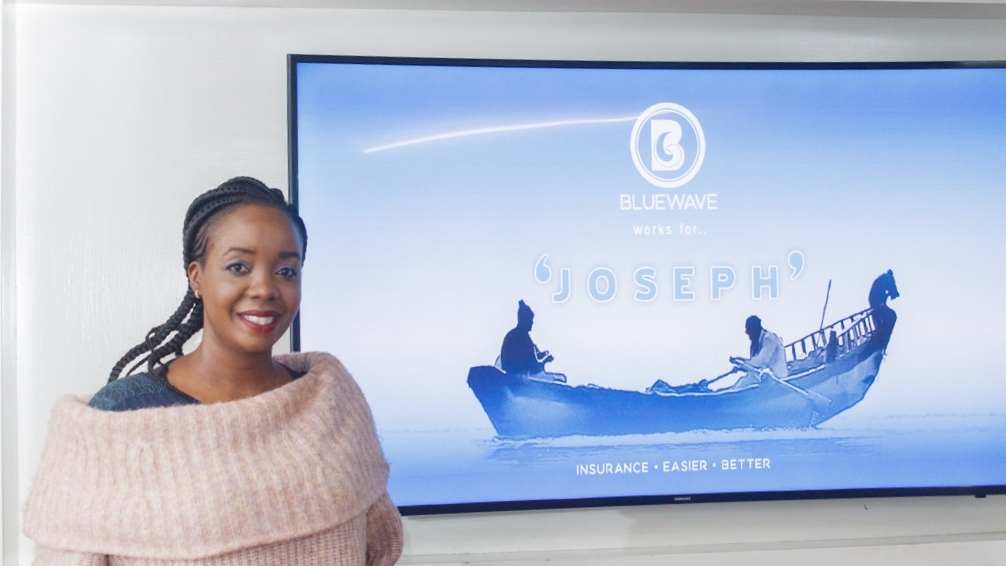 Traditionally held beliefs are some of the biggest threats to the insurance industry in Africa. A vast number of the populace believe getting covered by insurance is bad luck and some just do not care.

Apart from these aforementioned beliefs, knowledge, comprehension, and trust are also strong barriers to understanding insurance.

In Kenya, with assistance from an increased mobile penetration, Bluewave Insurance wants to change this trend with the help of mobile technology already prevalent in the country and East Africa.

In 2005, while studying actuarial science at the University of Nairobi, Adelaide Odhiambo, Founder and CEO of Bluewave, got her first insurance job working for one of the largest insurance companies in Kenya and East Africa at the time.

She said her 14 years in the industry highlighted a need for innovation as all the companies were already too big and had an entrenched resistance to change.

“I realised that for these companies, the larger they are, [sic] the more difficult it was to churn out innovations and products quickly. And I realised that we had to do things differently for insurance to begin to make sense for people.”

The words, “Blue works for Joseph” splash in the water in the picture’s background and at first glance, it all looks like corny marketing until Odhiambo tells me Joseph’s story.

Joseph is a fisherman in Lake Victoria, whose wife was diagnosed with kidney failure. The family needed Ksh 36,000 ($360) for her dialysis and treatment and after a fundraising drive from family and friends, Joseph had Ksh 12,000 ($120); even after selling his boat, the money was still insufficient.

After losing his wife and means of livelihood in one fell swoop, he went back for a second round of fundraising for the burial and rounded up Ksh 52,000 ($500).

Odhiambo says Joseph’s story is an exemplification of how most African families sink into poverty and desperate situations that can be totally avoided with insurance payouts. And that an insurance premium for the couple would have cost between $800 to $900.

For people like Joseph, Bluewave is reducing insurance premiums by up to four times what traditional companies charge. It is doing this by using technology to cut down overhead and operational costs.

In over two years, Bluewave has bootstrapped and been profitable with over 2,000 paying customers. Earlier in 2019, they raised $300,000 in seed funding.

With this financial boost, the startup intends to return to the drawing board, further simplifying processes and products, and figuring out product-market fit.

A team meeting of Bluewave Insurance in Nairobi, Kenya

Odhiambo says the market is ripe but fraught with too many challenges. She tells of her experience with claiming insurance.

“Last week my car was bashed and the bumper fell off. Trying to claim my insurance was a tedious war that I nearly gave up on, never mind that I have nearly two decades [experience] in the insurance industry and know how everything works. Imagine the experience of a person without knowledge,” she said.

Like Odhiambo, people have trust issues with insurance companies.

“Almost everyone knows someone that has had a bad experience with insurance claims,” she said.

In illustrating that insurance works, a Swiss Re market executive for the Middle East and Africa, Beat Strebel said, “Over 2017 and 2018, the global re/insurance industry paid out a staggering $219 billion in claims from weather-related events” alone.

But these figures are not enough to convert an already sceptical populace.

To fix the trust issue, Bluewave is embedding insurance in services and organisations that users are already on. M-Pesa, the famous Kenyan mobile-based payments solution, is an example of platforms the company is leveraging.

Regardless of these challenges and near dismal penetration figures, studies swear the insurance industry is growing in Africa.

Even though most of this growth is stagnated by a flailing economy in most developing parts of Africa, it is slow and steady.

Summarising the year 2018 in Africa, a report (pdf) from the world’s second-largest reinsurer, Swiss Re says,

“The strongest growth in Africa was led by Morocco, where savings products boosted growth while protection products grew only moderately. The Nigerian life market is estimated to have registered higher growth. Several smaller countries also showed solid performance[s]. In Kenya, however, things came to a halt after a multi-year growth spell as traditional life products stalled.”

In Kenya, most of Bluewave’s potential customers speak Swahili, the official language, and do not speak any English.

I asked Odhiambo what they intended to do about this.

“I don’t think language is the real problem. If and when we are able to comprehensively break down the concept of insurance to a layman and explain what our products and services do without any jargon and confusion, translating to Swahili is a finger snap,” she said.

“We have to do the hard work, we are going to win, but not quickly,” Odhiambo said.