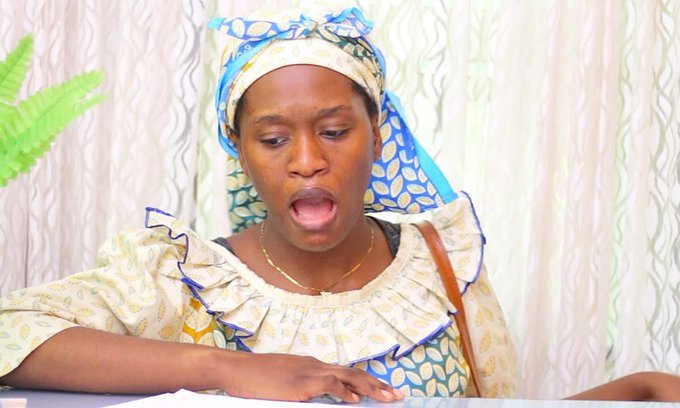 This week began with the celebration of Id el Kabir, the Muslim festival of Sacrifice on Sunday, August 11. In Nigeria, the federal government declared the following Monday and Tuesday as public holidays.

While Nigerians were enjoying their holiday, an Instagram Story by Instagram sensation Maraji spread through all the corners of Nigerian social media like wildfire. Check out a screenshot of the story below.

If you are wondering why Maraji is trending, see it here. What do y'all think? pic.twitter.com/7k9BlqPx1t

C'mon, you are an influencer, you really need to do better

Your education should at least to some extent subdue your ignorance

While @Maraji_ is entitled to her belief that all religions other than Christianity are false, she’s insensitive to her fans in that regard. We all believe our religion is THE answer, but there’s wisdom in knowing how to deal with a diverse society, especially as a public figure.

I don't think there is anything wrong in what #Maraji said

It is simply the truth pic.twitter.com/ZcTWM3E9tq

They only tolerate Muslims because they have to but deep down, there's this disgust and the belief that they worship a fake 'god' and they are going to hell.

This is the gospel
What we believe in💯
She meant no offense, she shared the gospel and her belief
With #maraji I Stan🙌 pic.twitter.com/gHk6q33OYK

THERE IS ONLY JESUS.
JESUS
JESUS
JESUS.
I totally support you. #maraji pic.twitter.com/vDkxIw9mNY

The most Annoying part of this is that the Muslims aren’t even Angry with Maraji, they are busy with their meat

Even coza members are tweeting 'maraji is cancelled'. Don't be unfortunate dear.

On Tuesday this week, a Twitter user posted a series of tweets calling out Nigerian women for being “cheats, liars, toxic, deceptive…” and a couple of other colourful things, well 80% of them.

Many Nigerians, women especially, thought 80% was an outrageous percentage. And for some reason, “80% of Nigerians” began to trend shortly afterwards.

There were a lot of random tweets using “80% of Nigerians”.

Boyfriend: sees caller…ignores tcheeew
That means you wee sleep there🤣

80% of Nigerians guys are to blind to differentiate real girls from fake girls, that’s why they end up turning to “fuckboys”#BBNaija

80% of Nigerians jump into conclusion, both genders involved😤

80% of Nigerians still don't know that you can make over 1000% profit through mini importation and ecommerce business.
This yoni pearl selling for ₦4,500 on Jumia is less than ₦100 in China!
Yoni pearl is hot selling amongst ladies as it cleanses and treats vagina infections pic.twitter.com/BdKOhAPVbp

Do you have land? 80% of Nigerians don't know that if you can set aside your nkwobi and 'good time' money that they can afford to build their own house. This should guide you 👉 https://t.co/YvqFxA5x5D @NkirukaNistoran @Southeast_trend @Nobsdaslushhkid @Gidi_Traffic #BBNaija

Do you know that 80% of Nigerians don't have access to stable electricity. #GrünWattsng is here to solve that with grünwattng solar panels and Inverters 😉😏 pic.twitter.com/x5ojztHnxb

80% of Nigerians won't unplug their mobile device from its charger even if it's 100% full, as long as light dey, carry dey go pic.twitter.com/48huqAWB9a

80% of Nigerian people don’t like me… Good thing we have a LARGE population! 🤣

Even though there are photos of Huddah on the cover of the magazine, some Kenyans say it was photoshopped.

Huddah is a professional photoshop expert, dont ask me how i got the facts😝 pic.twitter.com/9bBccvAEva

She is in the damn Magazine stop Hating because YOU have a pathetic life Huddah is Living her best life https://t.co/Os2bc73wUi

Babe i dont care if you see this or not but *congratulations* you mean the world to me #huddah pic.twitter.com/GgbmrdPtN5

Huddah went to went. Raising her own bar minute after minute. Look at her now on this month’s Harpers Baazar US fashion magazine. Incredible. https://t.co/hJIRvjCn02

First, Huddah is in Harper's Bazaar. If that's not a big enough deal, she's in the SEPTEMBER issue. That's the most important one of the year!

Huddah making moves while y'all stuck on her pudesh 💅
I love to see it! pic.twitter.com/duKFs7UB3G

Huddah is really making moves while Kamene can't even get her ass to move in a video made by kids who aren't allowed to vote yet. You hate to see it.

Huddah Monroe once justified the killings of Luos during the PEV, I can’t celebrate anything about her. She can take her overused, recycled pussy to wherever it came from.

Huddah can appear Oprah's exclusive magazine cover and I still wont be able to look past her saying opposition protestors should be shot and they don't deserve burials. Kichwa yake ni ya kufunika shingo and I will not be told otherwise. 🙂