Social Media Roundup: How to respectfully ask someone to get off your seat 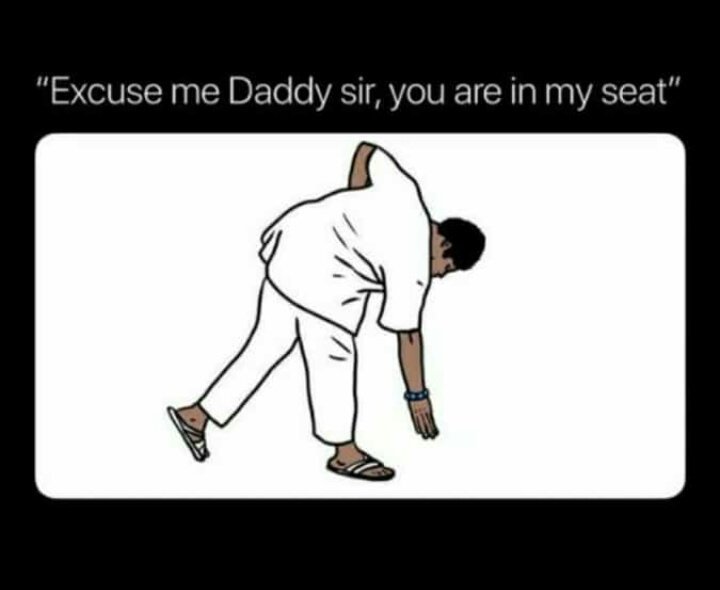 This week, everyone on Nigerian social media was talking about morals, Nobel Laureate Wole Soyinka, bravery, money, power, the future of Nigeria among other things fuelled by a story that was shared by Tonye Cole, a Nigerian businessman and politician.

Tonye Cole took to instagram to share the story of how a young man asked Professor Wole Soyinka to get off his window seat on a plane. Read the full gist below.

Nigerian billionaire politician, Tonye Cole , shares his flight experience about a young man who 'disrespected' professor Wole Soyinka by asking for his allotted seat which the prof sat on. pic.twitter.com/JZjfG7Xxx0

prolly how the convo went

Guy: Sorry, that's my seat (not really asking him to move)

Tonye Cole/others: Don't you have respect? Go and look for another seat.

I kinda sorta think Tonye Cole was right. There are social rules in a society and getting up for the elderly is one in our society! Adding to that is disabled people, pregnant women, and women with small babies. You get up for them. Most society have these kinda rules!

Observe how Tonye Cole profiled the young man asking for his seat as irresponsible cos of a t-shirt and tattoos.

A lot of us are just SARS officers without guns.

Tonye Cole is asking for respect on behalf of Prof Soyinka?

Quite rich cos he was disrespecting his wife with Kenya Moore but who am I to drag the hypocrisy???

Lmao all I’ve learned is that Tonye Cole (whoever he is), does not have sense

To think Tonye Cole wanted to be a Governor. L. O. L.

That must be sarcasm from Mo Abudu cos LOL 🙄

Mo Abudu's comment is very unfortunate. What kind of stupid blackmail is that. "He will get what he deserves".This selective karma that you people use to blackmail fools don't work on everybody. If the karma were real, y'all would have been wiped out long ago. Bullshit

Mo Abudu was recently announced as the Chair Of the 47th International Emmy Awards, but y'all did not make her trend…its this Soyinka's case you'll feed on

MO Abudu fall my hand… What does the young man 'Truly deserve' that he will definitely get!?!

Because he demanded what he paid for?!?

Then we saw this…

Simply put, the Tosin Odunfa guy is just stupid. He would have left the seat for Wizkid/Davido. Bottom line, our youths have great interest in misplaced priorities. HE just missed an opportunity to discuss with a great man regardless of whatever #wolesoyinka

I don’t understand why a grown man will claim to be somebody else.
Tosin Odunfa Na wa

Meet Tosin Odunfa, The Young Man Who Demanded That Professor #WoleSoyinka Stands Up From His Seat In A Flight.
_

Taking to the comment section of #tonyepatrickcole, He gave his verdict of the story. Swipe left to… https://t.co/g1s45HXe6X

“Tosin Odunfa, a PhD holder in electrical engineering and lecturer at the University of Mannittawiw.”

It really was a joke

Uncle Tonye Cole took that picture from the comfort of his own window seat.

Here’s how Prof. Wole Soyinka’s son reacted to the matter

So my elderly father mistakenly sat in the wrong airplane seat, & moved when asked.
It was a non-event until Mr Tonye Cole did an Instagram post about respect.
I thought I'd write to Mr Cole & share a memory about WS & an airline drama when he was shown great respect indeed. pic.twitter.com/Ix1VtkgOuy

During an interview with France24‘s Catherine Nicholson, and while speaking about his country’s human rights records, Rwandan President Paul Kagame said in many words that the West doesn’t have the right to dictate what qualifies for unversal human rights.

Watch an excerpt of the interview below.

I have watched and listened to this Kagame’s video over and over again and just wondering if it was Buhari….this man is so very proud of his human rights abuses pic.twitter.com/ISE1VKPHq3

Kagame is a practical man, there is no more reality than this https://t.co/n9XiF8E1yV

In most of his interviews President Kagame will mention AFRICA more than he mentions Rwanda. The attack on him is not on an Individual but on Africans as a whole. Focus Africans

Ignore the biased framing of @FRANCE24 interview with @ACatInParis, meant to be a discussion on development, turned into a masterclass on confronting & challenging long-held racist views. No, Africa will not stay in that little box you've created for us.

If this were my dissertation.. 😉
Who Are You? An in-depth study on an African leader's sole challenge to Western superiority complexes and double standard rhetoric on universal human rights. #WhoAreYouhttps://t.co/2LBwaFaOum#RwOT

In an interview with YNaijaTV, Busola tells the story of how she was raped by the pastor in her home when she was still a teenager. Watch an excerpt of the interview below.

Watch the full video of the first part of the interview here.

This isn’t the first time someone is accusing the pastor of rape;

Who remembers Ese Walter from 2013 who allegedly was having sexual relationship with Pastor Biodun of COZA —- busola Dakolo. pic.twitter.com/EhDxwvENdL

Dear Lord! Thank you for sharing this story Busola Dakolo. You are a strong woman.

What she's just done is a high risk act. I hope she stays safe to see some kind of Justice delivered for her and other victims.

This confirms everything a friend shared with me concerning COZA. Everyone cannot be lying.

Busola dakolo speaks on how coza pastor raped her while she was under 18 and well look at some replies from WOMEN. I’m sick. pic.twitter.com/ygnHkDpvUY

This is from a fellow woman on the trending issue between COZA Pastor and Busola Dakolo pic.twitter.com/4jrpFC7UDA

Busola dakolo called out Pastor fatoyibo.truth is Pastors are not super humans, they are prone to mistake too , we can not throw away the bath water and the baby together. We need to keep praying for our men of God. He who has no sin should cast the first stone.

Any one that opens his or her mouth to say why is busola dakolo speaking now?! I pray in the name of Jesus that all your female children will be raped! Since you want to know why she’s speaking now? When they are raped then you’ll know and understand better.

I honestly believe that Busola Dakolo has no reason to be lying about what she has shared. In fact, she sadly has more to lose. Anyone who thinks "there's an explanation" or "another side" to this particular story needs to seriously check their personal bias and motives.

My take:
Do not let your faith in God stop you from seeing the flaws in your religion.

I’d like to see COZA folks spin this one. You’re waking up every Sunday for rapist hangout

If after this, you still choose to go to Coza, something is very wrong with you.

I'm waiting for those idiots that want to be unfortunate to come and defend Biodun Fatoyinbo of COZA… come out o, let me roast you😠

This past Sunday, at the 2019 edition of the BET Awards, Nigerian superstar Burna Boy bagged the Best International Act award.

Big Congratulations to Man Like @burnaboy on your Well Deserved BET Win!! 🏌️‍♂️🏌️‍♂️Bless up

Congratulations bro .. this was a well deserved award, what a year this is turning out to be.. it was just a matter of time @burnaboy .. Blessings pon blessings 🙏🏾🙏🏾👏🏾👏🏾🙌🏾 #BETAwards19 pic.twitter.com/yS8cpiEXvN

Meanwhile Mama Burna is being dragged in some sections of Black American Twitter for saying they should recall their African descent whilst accepting Burna's award from BET. Today is not a good one for African elders and their values it seems.

I still don't get the hype in what mama Burna said. It's just basic. pic.twitter.com/1SNdqPcqNe

Find her more about her here;

Incase you didn’t know, Burna boy is in a relationship with British rapper and singer Stephlondon. Anyway, this happened;

Artiste @stefflondon replies Nigerian Lady, Nneka @SheLovesArtemis who tries to poison her mind against Burnaboy @burnaboy for not posting her on his Instagram. pic.twitter.com/IrhVfSt3pu

Burna Boy posted a video of him and Stefflon Don while she was asleep and you people called him a bitch and made him delete it.

Someone is complaining now that he doesn't flaunt her enough on social media.

In this life, live your life o cos you can never satisfy human beings.

Some Nigerian Babes are mad

See that one writing Epistle to Stefflon Don over Burna boy

Cos to them relationships na war and mind games.

Shouts to steff for checking that behaviour.

This is the same Nneka that said "if you say you love me, you owe me money".

There is technique to this art of stupidity and she is Picasso. https://t.co/aI6HXvCorK