Social Media Roundup: The loot that keeps on giving 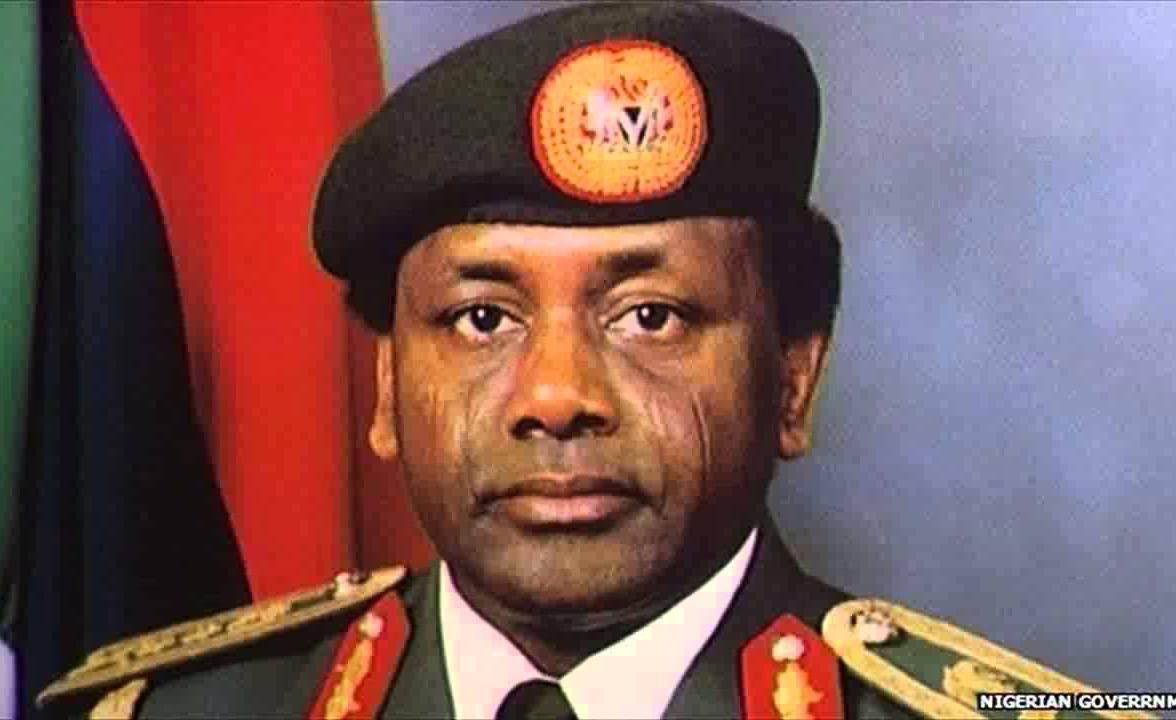 According to reports, the money was held in accounts in Jersey, one of the region’s major islands, by Doraville Property Corporation, a British Virgin Islands company.

It is now said to be held by the island government until authorities in Jersey, the US and Nigeria agree on how it should be distributed.

This is the latest in the series of Abacha’s loot discoveries after his death in 1998. Here are some history lessons for you;

Abacha didn't steal from Nigeria, he 'stole Nigeria'. This man is the genesis of our debt, the very nigga our politicians look up to and get inspired. #AbachaLoot

The last Abacha loot that was recovered has been re-looted by the integrity gang. So this one won’t be an exception.

Build a Refinery with it and name it #AbachaLootRefinery.

The petroleum products from this Refinery will service the need of the poor and everyone in the country.

Sani Abacha is the most ill treated past president in this country
It's easy for Nigerians to know & calculate how much he stole only bcos he died in office
No one has told Nigerian how much
Babangida
Abdulsalami
Shonekan
Obasanjo
Jonathan
Looted bcos they re alive#AbachaLoot pic.twitter.com/knwRY7x35f

Nigerian politicians looking at the Abacha loot and plotting how to reloot it.

Nigerians: At least this newly discovered Abacha's loot can solve our power problem.

Man like Abacha!
First of his name!
Lord of Wire!
Protector of the nations future #AbachaLoot pic.twitter.com/etcBeio0IR

We've been sharing bants about the recovered Abacha loot.

Do you know most of the money was looted through the PTF?

Do you know who was head of PTF under Abacha?

If Abacha loot is easier to trace/recover cos he's late..
May all looters join him for easy recovery of our stolen money.
Amen
😀😂

#Nigeria in a nutshell. We are still recovering Abacha loot 21 years after the man died in office as an extremely unpopular ruler. But go and try and change the name of any of the National monuments or roads named after the man, and see what will happen.

Says a lot about us…

Read other trending topics on social media this week below.

On Tuesday June 4, Muslim faithfuls around the world celebrated Eid al-Fitr, the end of Ramadan, their holy month of fasting and reflection. Here’s how Muslims and their non-Muslim friends celebrated on social media.

Wishes from Muslims and non-Muslims across Nigeria

Eid Mubarak to all Muslim faithfuls in Nigeria and world over. May Allah accept all your prayers and worship.

I join many others today in wishing the good people of Zamfara and Muslims around the world a happy Eid- Al-Fitr. May Allah bring an end to the insurgency that’s happening in Zamfara and Nigeria. #EidMubarak

Brands were not left out

Eid Mubarak to all our Muslim brothers and sisters!

May the light of the season shine on us all. pic.twitter.com/rUmyiXoq46

Here is to wishing all our Muslims friends a Happy Eid Mubarak!#eidmubarak #eid #cyberspace #beyondtheordinary pic.twitter.com/PgVIWKCPNq

#EidMubarak from us to all our Muslim fans, may the blessings of the season follow you today and forever more. #EidulFitr #TECNOForNigerians pic.twitter.com/oD62kd08Es

Since the beginning of the rainy season, residents of Accra, the Ghanaian capital city, have complained of floods that accompany heavy downpours. These floods have reportedly displaced many residents from their homes and even claimed lives.

Apparently, the city experiences flood every year. Following incessant rainfalls this week, some areas of the city are flooded and residents took to social media to share their concerns and frustrations using the #AccraFloods hashtag.

The Odaw river is full after a heavy downpour of rain in Accra. Adabraka Sahara is flooded. #AccraFloods #ClassEBS pic.twitter.com/ErJN847z8g

The urban poor especially the homeless people would be at the receiving ends.And the political mafias will be snoring.

Those using the Accra-Kasoa road should please use the TUBA route, the main road isn’t safe enough. Retweet to save a life #AccraFloods

I’m even scared to leave the house. #accrafloods

We can’t blame the government for this one

Look at this picture for example, You don’t have to wait for government to do something about this when people in the area can organise a clean up exercise and clear the heaped sun in the picture and all the disorganised little food stand in the area.. #AccraFloods pic.twitter.com/a0WRomKHQH

It's good to pray but these #AccraFloods are never spiritual, no demon litters and puts bags of refuse into gutters when it's raining.

We have these conversations annually. When is it going to stop 🤦🏾‍♂️ #AccraFloods

The day it will rain continously for a week, this Acccraaa will be found in the sea! Just 5 hours of rain!!! #AccraFloods

The history of flood in Accra

Flood disaster profile of Accra since 1968 to 2013
On July 4, 1968, Accra registered a record rainfall of five inches in the last nine years. the heaviest rain ever recorded in the city fell in June 1959, when a volume of 7.56 inches was registered.#AccraFloods pic.twitter.com/c4QcBeQpt2

#AIT and #Raypower FM got an indefinite shut down by National Broadcasting Commission over alleged failure of both outfits to abide by the commission’s directives, #NBC Act Cap N11 Laws and the #Nigeria Broadcasting Code.https://t.co/KaIJrvx9Vp

We saw this too

In case you missed it: Raymond Dokpesi, after the NBC accused Daar Communications of airing “offensive, unfair and unprofessional” content, believes “the NBC is acting under the authority of the President and Commander-in-Chief.”https://t.co/dI7xUwVIf3#ICYMI

One of their claims was becos the host of kaakisocial laughed at a particular tweet.

You know what is happening. pic.twitter.com/3k52wAYLYY

Despite Donald Trump continually labelling and calling CNN and other media outlets fake news stations, the American govt. has never deemed fit to place a ban on them. Our own Nigeria govt. suspends AIT and Raypower's licenses.

Am an advocate for #FreePress but also an advocate for balanced Press. AIT should hv known the implications of their partisan coverage. Am sure NBC won't wait till they cause a major problem before acting.#AITUnderSiege pic.twitter.com/WiQp1KMG4E

Is this even a democracy?

When govt does not want to hear dissenting voice, when govt agencies like NBC, EFCC, DSS, Police are going after perceived opposition, when judiciary has been cowarded, when media houses are been told what to pushout, Know that we are in a full-blown dictatorship #AITUnderSiege pic.twitter.com/zNL2r8Wdzu

Anyone thinking it's only #AITUnderSiege is hallucinating.

AIT and Raypower FM shut down🙄

No freedom of speech and press in Nigeria.

Welcome to Buhari's Next Level and dictatorship.

A station that airs Nigerian true views is shut down. An integrity leader that doesn't want to hear the truth. While you embrace and clap for those who tell you what you want to hear – LIES! #FreePress #AITUnderSiege

They had it coming

When you see things like these what would you think?👇
I mean, i have watched AIT so much that i know they've been bought. Take it or leave it Daar Coms. have been compromised for a long time now. #AITUnderSiege pic.twitter.com/tr0aYF1nR1

#AITUnderSiege I expected them to have been under siege a long time ago. Those damaging videos about @MBuhari during the 2015 elections, being used for personal vendata of @RaymondADokpesi and share recklessness was tolerated too much in my opinion. No freedom of misinformation

I think it's quite unfair to outrightly criticize the NBC or federal government for shutting down DAAR Communications. Going through the proceedings, one would find out that DAAR Communications has been consistently defaulting, walking on eggshells while seeking refuge…

For some of us who studied Journalism, lectured & wrote exams in Media Law and Ethics, Comm Theories, AIT/Daar, #KakaakiSocial did err. #FreePress isn't absolute. You have the liberty to inform but you have to be socially responsible. @Ayourb

Assuming Twitter is owned by a Nigerian 😂 NBC would have shut it down many times unless they agree to be tamed like NTA and Channels. That's why they wouldnt create an enabling #Nigeria for such app to flourish. They prefer low level NPower.#AITUnderSiege #PressFreedom #Buhari

If AIT is unsatisfied with the NBC Regulations or the suspension of its licence, it has a right to challenge same in court.

You think this stops at AIT?
The government will police all your utterances.

It’s cute that people are discussing NBC code this morning while official govt handles are RTing the NBC.
This rabbit hole ends in Narnia.