Social Media Roundup: Keeping up with the (Nigerian) Kardashians 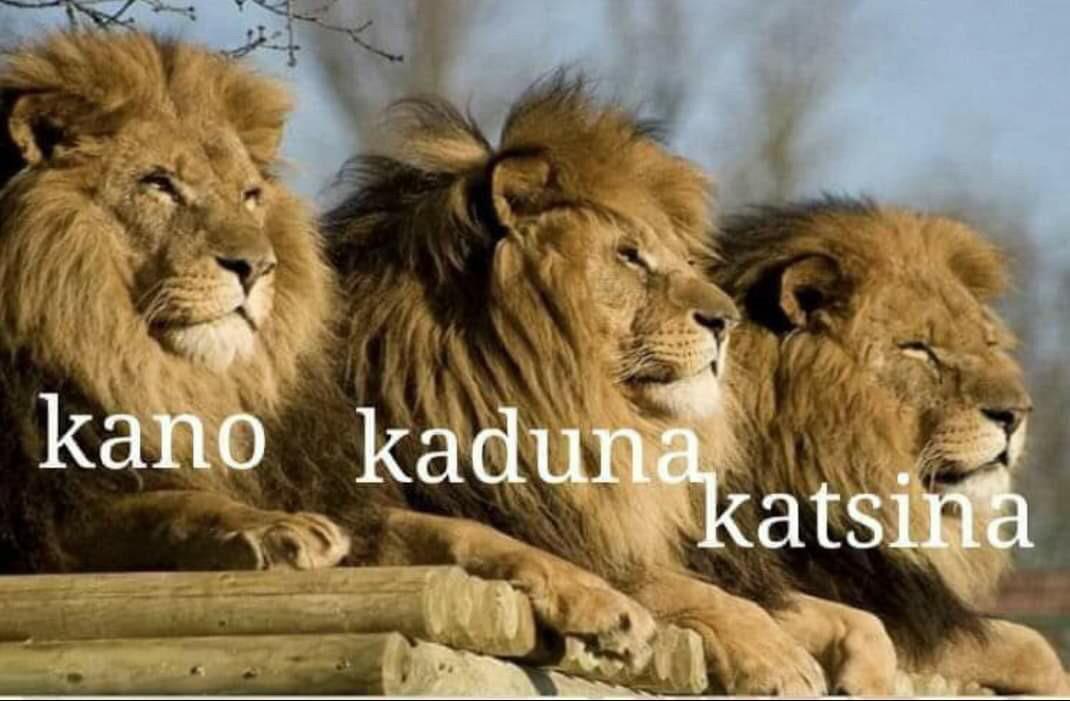 Last Saturday, Nigerians took to the polls to vote their choice presidential, Senate and House of Representatives candidates into office, after it was postponed from its intial February 16 proposed date.

As a Nigerian, you must have followed the activities of the elections online, so I’ll not bore you with too many details. If you didn’t, you can still catch up using the #NigeriaDecides and #NigeriaDecides2019 hashtags on social media.

Now, following the election exercise proper, Nigerians were especially interested in the outcome of the presidential race, largely between the All Progressive Congress’ Muhammadu Buhari and the Peoples Democratic Party’s Atiku Abubakar.

Alongside the televised collation process, the Indepedent National Electoral Commission (INEC) provided social media updates of the result. Find them on the the INEC official Twitter page here.

Lord, You said Affliction shall not Rise the Second Time.
Na Your Result we dey Wait oo.#IAmStillWithAtiku#NigeriaDecides2019#BuhariHasWon pic.twitter.com/S0DKKLAnGD

The three Kardashian sisters of the north

Also known as the states with the highest number of voters. Coincidentally, their names the letter k, just like the famous Kardashian sisters.

And the Kardashians(KKK) have delivered. Church haff finished, God bless the sermon…..Amen.
4 years of……..(complete by yourself) 🙄🙄🙄🙄🙄🙄🙄🙄#NigeriaDecides2019 #NigeriaDecides

President Buhari was declared the winner

That Muhammadu Buhari of the APC, having satisfied the requirement of the law and scored the highest number of votes is hereby declared the winner and is returned elected. #NigeriaDecides2019⁠Result pic.twitter.com/oz89PAz1QM

Congratulations to @MBuhari on his re-election. A stable and prosperous Nigeria will benefit us all and we will remain your true friend as you pursue a stronger economy and democracy #NigeriaDecides2019

Nigeria is the world largest producer of 'rigged elections'. #NigeriaDecides2019 on my mind.

Atiku to challenge the election result in court

Consequently, I hereby reject the result of the February 23, 2019 sham election and will be challenging it in court.

Really Atiku has a chance to be a well respected Statesman with his sins washed off. Going to court would only make him Atiku

Dear @atiku, your supporters died trying to defend your mandate, you & I are aware that @MBuhari does not obey court orders, Dasuki & Zakzaky are still in detention, You going to court is of no use, what your followers want is parallel govt, start it & have their support. pic.twitter.com/uXAmfeAa3w

Pictures of the President and Vice President receiving their certificates of return;

Alongside reactions to Nigeria’s general elections, other interesting events occured on social media during the course of this week. Read about a few of them below.

This is probably the best news to come out of social media this week. It all started when Eli Waduba Yusuf, a Kaduna-based hyperrealism pencil artist posted a drawing of famous American comedian and actor Kevin Hart on Twitter.

In the tweet (below), he pleaded with fellow tweeps to help him get the American’s attention.

My name is Eli Waduba Yusuf
Am a Nigerian, based in kaduna. Am a hyperrealism PENCIL Artist, I hope to become like @Harinzeyart. Please Retweet, let @KevinHart4real see it, thank you pic.twitter.com/oYYUQxbK5e

Kevin eventually saw it and he replied;

I see it and I want to purchase it…I also want to support you and your amazing talent by giving you a fee to do a pencil drawing of 3 of my celebrity friends that I can gift it to. DM your info and let’s get to work! https://t.co/ImOYa0UNlL

This potential happily ever after that Jah has used Kevin Hart to grant our talented pencil artist, Eli Waduba, means one thing.

Make love more often with your God-given talents than your make-look-literate academic degrees. The former is ruling the world, dears!

This is amazing… @KevinHart4real thank you on behalf of Eli. God bless you more! https://t.co/1kMv49Kdwk

Eli Waduba-Kevin Hart's story is inspiring. Just keep doing what you know how to do best. Never give up! #EliWaduba #KevinHart

Nigerian celebrities, are you seeing your mate?

Kevin Hart noticed that guy that drew him and I'm here still waiting for Cuppy to come and claim her pregnancy I have for her, this life ehn 😥💔

Good Morning.
Your Kevin Hart will locate you today IJN 🙏🙏🙏

Even if my own Kevin Hart wants to locate me, what talent do I have l? pic.twitter.com/wlqadwOuEK

please i draw also, I'm a biro sketcher …..help Rt so my kevin hart will find me……. pic.twitter.com/ZfUKwafiCP

May your Kevin Hart locate you this new Month we are going in. Amen

Others inspired by Eli

Great work well done Eli, I'm also a Nigerian.. Seeing this, tells me to never give up…Now, My Hope is so High….
Thank you so much kevin…you are our hero pic.twitter.com/iWuhIv17h9

Everybody is happy for the Nigerian that Kevin Hart acknowledged and has given him a platform to shine..

This is a lesson to the rest of us (Me included), talent will take you places that savage replies and trolls won't take you.

If not for Twitter, would Kevin Hart had seen the pencil portrait? NO

Dangote is now the 64th richest man in the world

Aliko Dangote, Nigeria and Africa’s richest man is now according to the Bloomberg Billionaires Index, the 64th richest man in the world. Dangote apparently jumped 39 positions from his 103rd position last year.

Dangote’s rise to the 64th position was triggered within a 24 hour period as he reportedly gained $5.58 billion on Monday this week, in addition to the $9.63 billion recorded on January 1, 2019.

This pegged the billionaire’s net worth at $16.6 billion on Tuesday.

So Aliko Dangote made over $5b in one day… And I'm here struggling to make $10 today..
Oh God of Dangote!! 😁 pic.twitter.com/eZKeYhsRDC

Father Lord, we see what you've done for our brother, Aliko Dangote. DO THE SAME FOR US, LORD! 🙌😭 pic.twitter.com/mrUX7fEQUs

Shey Aliko Dangote is the first person to start enjoying #NextLevel. When will my own come? pic.twitter.com/YZEZZqsDkA

Aliko Dangote is the 64th richest man in the world.

He has started experiencing his next level. pic.twitter.com/G7lHt4ufYs

Nigerian politicians when they hear Aliko Dangote is the richest man in Nigeria, Africa. pic.twitter.com/vEVzIXRNi4

Motivational speaker be like aliko dangote made 5 billion dollars in 24 hrs and moved from 103rd to 64th worlds richest man.. if you can think it you can achieve it .. awon weyrey pic.twitter.com/zavOe4M2KU

So You People Will Just Celebrate Aliko Dangote's Rise To 64th In The World When 5 Years Ago He Was The 23rd. Y'all Better Open Your Eyes & Discover That Things Are Not Where It Used To Be.

Yesterday February 28, the Ghana’s President Nana Akufo-Addo did a cabinet reshuffle, reassigning a few of his ministers.

Former Minister of Tourism, Culture and Creative Arts Catherine Afeku’s reassignment stood out because she was reassigned to the role of Minister of State at the Office of the President, a demotion according to many Ghanaians’ reactions.

Catherine Afeku reassigned from Minister of Tourism to Office of the President. New Minister is Barbara Oteng. #yearofreturn pic.twitter.com/9vBpWp13DW

Where she will become a secretary to the Senior Minister

So we now have Catherine Afeku as the deputy minister for Senior minister in effect. Smh @NAkufoAddo is confused. #Site15

Catherine Afeku is now Minister of State at the Office of the Senior Minister.

Can someone explain this new appointment to me?

Of all the minsters reshuffled, Catherine Afeku’s movement denotes a demotion for me.From a cabinet minister to a minister of state at the office of the Senior Minister. ☹️

Catherine Afeku, when we thought she was doing well, she has been reshuffled. Mr. President you are listening to unnecessary criticism too much.

Buh Catherine Afeku too was doing quite well oo, her new position dey kill me. Minister of state at the office of the senior minister. What is that ? 😂😂😂

For once I thought our Ministry of Tourism, Arts and Culture was getting somewhere with Catherine Afeku. This reshuffling is basically not needed. Quite disappointed!

Truth be told Mad. Catherine Afeku was very competent, I still don't get it why she was reassigned to another portfolio.
I wish her all the best in her new portfolio.

I still don’t get it.
Why was Catherine Afeku reassigned?

One of the best decisions of Prez Nana Addo is removing Catherine Afeku from Tourism.

We have paid her salaries for what?

All these ministers, they should never think they are free.

When Ghana become truly saved, we will bring them back to the courts 4 wasting tax.