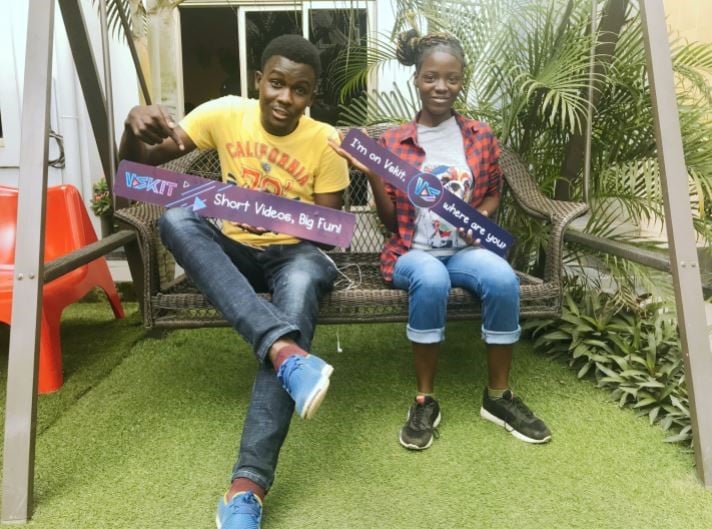 Vskit is cementing their place as One of Africa’s topmost entertainment platforms as they recently hit a milestone of 10 million users in Africa with more than half of the users emanating from Google play while the other half came from Palmstore, the app store of the Transsion Group.

Vskit is an app for creating and sharing short interesting and funny videos majorly for entertainment. It also has a uniquely crafted algorithm that accurately connects users to the content. Vskit is the first pure short video App focus only in Africa and has amassed such user growth within 8 months.

On Vskit; once a user posts a video, they can share their videos immediately on Facebook, Instagram, WhatsApp or simply copy the link and share on their various social media platforms. It has a user-friendly interface, cool stickers, filters, special effects that represents several forms of unadulterated excitement.

It’s a module for creating unique content. It also has the means to propagate videos to various social media channels which makes it irresistible for users and that has no doubt played a key role in ensuring the level of consistency the app has delivered continuously since its inception.

Vskit presents a platform for self-expression as users especially young people yearn for an opportunity to showcase their talent(s) to the world, tell a story based on their habitual life activities or simply act silly or in hilarious fashion participating in a trendy challenge.

A typical example of such talents that has been able to utilise the wide reach and uniqueness of Vskit to project their skillset to the world is “Shez_cute” who acquired over 100,000 fans within the space of 3 months by generating creative videos that have since become favorites amongst many users.

According to an article published by smart insights, annual growth especially in active mobile social users stands at 39% penetration, up 5% from 2017 which shows that platforms such as Vskit would continually grow in relevance as long as the app remains to integrate all the components of exciting content and trendy features that made its users fall in love with the app.

Vskit values its talents as their most important component of the operation, it was reported that Vskit had a talent conference in Oct. 2018 and a billion Naira talent raising plan was announced to get more talents on board the Vskit to increase its reach and stay as one of the most download apps on Google Play.

After attaining such a monumental milestone, it leaves a lot to be expected from Vskit in the nearest future as regards overall performance and retaining its stance as a medium for young people to express their individuality and record their wonderful life.

A one of kind video-sharing app, it’s always a great time to record your wonderful life with Vskit. Just click Vskit by simply clicking download.