Social Media Roundup: A billionaire, a lion and the north sea 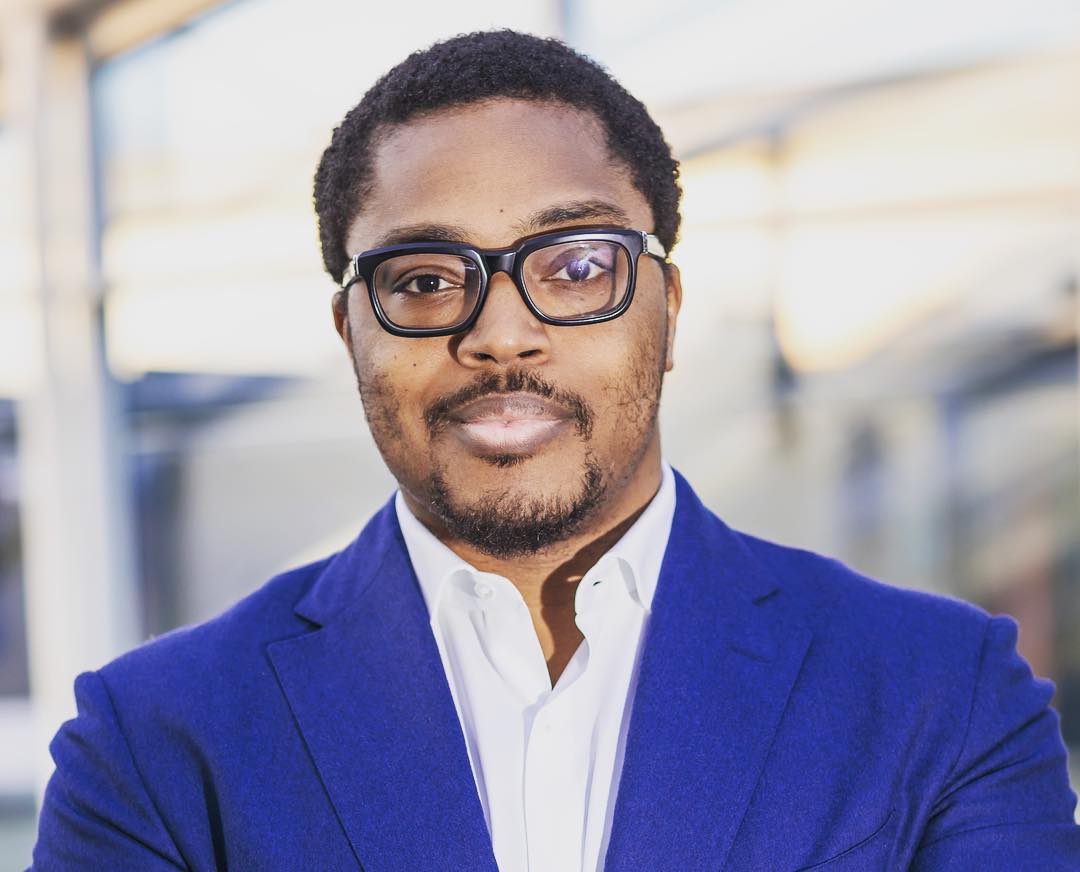 This week, Paddy Adenuga, son of Nigerian telco and oil magnate, Mike Adenuga, shared a story of how he tried to buy Chevron Netherlands at the age of 29.

as promised.. the true story on how i tried to buy chevron netherlands when i was 29. i hope i can pass on this story and the lessons i learned to the next generation.. link below and in my bio #fortheculture https://t.co/fJ6ruWsBea

Read it here. Asides the many lessons on grit, focus and hardwork, Paddy Adenuga’s penmanship is commendable. This is one of the reactions to the story on social media.

The guy's power of language though. Did you observe his writing style? Now, that's not regular. Paddy Adenuga is brilliant.

That Paddy Adenuga’s story was an interesting one. Some lessons to be learnt. And frankly life is so much different between classes. God.

Paddy Adenuga is a business genius, you have to give him that. At 29 most billionaire kids are either racing sport cars or shopping all over the world, at best they are managing their father's company.

That Paddy Adenuga's story is motivating. I know he doesn't walk most of our shoes but you can't deny the courage and the immense lessons.

Now thinking of making a bid for film rights to the enthralling Paddy Adenuga story. A thriller, shot on 3 continents, and titled ABANDEX.

This @paddy adenuga just wrote in papers what could have been a thrilling movie..!!

Hi @paddyadenuga84 I'm a Film Director! You are a amazing screenwriter, but I am most thrilled by your story. I think It deserves an epic Biopic Film. Here's a poster to start with. Lets create magic!
RT!#PaddyAdenuga pic.twitter.com/XqwK8TaaFy

At 29 Alexis is being paid over $350,000 a week
At 29 Aubameyang is joining Arsenal for $50m+
At 29 Paddy Adenuga almost bought Chevron Netherland
At 29 Mark Zuckerberg had a networth of $34bn

To the 28 year olds out there, dont say you're too young to achieve greatness. Push.

What I learnt from Paddy Adenuga's story is;life is very easy and sweet when you have money but life is not as rosy for the rich as we think

One thing is the story of Paddy Adenuga could ginger some poor fellas. It passed information and techniques it tells you never to give up & instead see ways you can maneuver when it seems impossible. There are lessons, a lot, even though it won't motivate many, it will wake some

This story is amazing. So many themes to unpack here. 1. Privileged backgrounds are amenable to taking huge risks. 2. Paddy paid millions to prove he was bigger than the Adenuga name 3. He wanted to buy a shell coy but was willing to take on $300m liabilities for it https://t.co/W5LMJii0eN

I'd be honest, there's no way in hell a Nigerian regular Joe would have come so close to what Paddy Adenuga did with the Chevron Netherlands deal. No way in hell I say.

The Paddy Adenuga that almost bought Chevron, is he not related to the Oil/Tech billionaire? Some of you want to be going around and making people feel guilty for not almost buying businesses. Don't be that dude.

Y’all talking about Paddy like Adenuga is not his father. Bro obviously grew up abroad.

How many 28year olds in Nigeria have rest of mind. When they being put under pressure.

They have idea, no funds.
They are graduates no jobs.
Nigeria is not an enabling environment.

Don't be shouting "Readdddd" to Paddy's post on my TL pls. My father's name is not Adenuga. E je ka gboran.

The truth is Paddy Adenuga's story isn't has motivating as you make it sound.

Agreed, he is hardworking, smart & courageous👌

But, he may not have achieved this without his father's influence☺

You’re comparing me in a few years to the present Paddy Adenuga.

Lol someone that entered uni @ 13.

You must be mad.

Paddy Adenuga story on how he almost bought Chevron Netherlands at 29 is inspiring,but dont let someone that was moving from London to Zurich, Netherlands to Los Angeles,put U that you're moving from iyana ipaja to island,Lag to Abj under unnecessary pressure. May we all succeed

I was really stunned at the Paddy Adenuga’s Chevron Netherlands bid story. Your MCM won’t gain inspiration from that, he’ll be 29.

Bar choke for that Paddy Adenuga article abeg, see the part where he spoke about going for Kung-Fu lessons with his Shifu that has an actual Chinese name "Heng-Wei" not all these Shifu Femi and Sensei Ndubuisi we dey see for Naija 😩😩😩😩

What was your reaction when you read Paddy Adenuga’s story? Let me know in the comments section. Read this thread and other interesting topics on social media below.

Are there bookshops in Nigeria?

Last week, renowned Nigerian author Chimamanda Adichie was the star guest at a global ideas event hosted by the French government called “La Nuit Des Idees” (A Night of Ideas). During the interview, a French journalist asked her if there are bookshops in Nigeria. Watch the video below for her response.

Chimamanda’s response to this French Journalist is just another way of telling her.. “How did you get an https://t.co/YlkvFZA45m, because you are sounding like an illiterate. Epic 👏🏾👏🏾 pic.twitter.com/qupSbxCT7r

The epic response attracted an applause from the audience and Nigerians on social media. And people are still talking about it.

Chimamanda even tried. If it was a Tiv person that journalist wouldn't have loved the answer.
I remember when the former DG of NTA Patrick Ityohegh was asked how come he could speak English so well. He replied that he'd learnt it while on the plane on his way. Reporter went mute.

A good journalist should have done the work to research Nigeria instead of expecting Chimamanda to do the work but this is the reality of how Nigeria is viewed in French media. https://t.co/nBNaQnDKGm

I’m yet to wrap my head around that French interviewer asking novelist Chimamanda Adichie whether there are libraries in Nigeria. I mean, how can somebody be so stupid and racist in 2018?

Adichie’s clap-back: “I think it reflects poorly on France that you asked that question.”😩 pic.twitter.com/9Dw3vmNFoH

Chimamanda is legend.
Hats off to her.
👌👌👌

Big Brother Naija is back

Last Sunday, this year’s edition of Big Brother Naija themed “double wahala” kicked off. This year’s 20 housemates will be competing to win a ₦25 million cash prize and a brand new SUV. Nigerians and indeed the rest of Africa have had series of reactions to the show on social media since its premiere. Here are a few of them.

Bring back our Biggie

For some reason, the new Big Brother’s voice doesn’t sound “Big Brother-like”, so many fans of the show are asking for a change.

Yemi Blaq or Yul Edochie as Biggy. Please retweet until #BBNaija Gets This message!!! #BringbackBiggy #Changethisvoice 🤣😂

#BBNaija I think all we should tweet about on Sunday should be #bringbackourbiggy so ebuka can read and tell us what is wrong.. RT if u support.

#BBNaija…..LOLU, fresh boi
Dont be suprised if he wins it. pic.twitter.com/LUZ7nPShNr

Oh my days, am I the only one that thinks Ahneeka is super smart, articulate and Eloquent, but is toning it down and playing it safe?😍 😍 #BBNaija

Bambam all the way.. She's just too intelligent #BBNaija

Nina keep saying I have a boyfriend and you crying because of Miracle 😳, Ogun kill you there …. #BBNaija pic.twitter.com/q3afhQIosM

Dear Miracle,
As of this moment, thou art cancelled. I take back everything I said about u on Sunday✌
Boring us is unacceptable! #BBNaija

And some lies are being uncovered

Drama in the house

Marvel’s “Black Panther” world premiere held on Monday night at Hollywood’s Dolby Theatre. The theme of the premiere was African royalty and all the who’s who of artists in film and music graced the purple carpet in colourful African-inspired fashion. Check them out here.

In Nigeria, Black Panther was trending because our very own David Oyelowo failed to represent on the purple carpet.

The one time David Oyelowo could have worn a full 12 yards Agbada without blinking. Oduduwa is about to revoke his Yoruba card. pic.twitter.com/OLEnnjueiB

mannn David Oyelowo… the one time he should have slayed in an agbada he came out here doing "dashiki daniel", im not understanding :/ https://t.co/vupARyTtTI

It's disgraceful that people are blaming Oyelowo's dodgy #BlackPanther outfit on his wife & attacking inter-racial relationships. Her dress is okay.

David Oyelowo lived in Nigeria. His family is Yoruba. When Yoruba men go to important places this is how they dress. Even children pic.twitter.com/BaCawi1BGW

nigerian twitter when they saw what david oyelowo wore to the black panther premiere pic.twitter.com/dfxw4wfstf

Am I the only one disappointed that David Oyelowo didn't turn up to the Black Panther premiere wearing a mighty agbada?

Such a let down. 😒 pic.twitter.com/55VOJdrT9K

Who else is disappointed David Oyelowo did not tension everyone with one killer agbada on the Black Panther premiere red carpet?#BlackPantherPremiere #BlackPanther

So you're telling me David Oyelowo did not use this Black Panther premier as an opportunity to dress in a proper Yoruba demon agbada?
Kai.

David Oyelowo could have EASILY called up Ugo Monye to make him an agbada of destiny but no. He went on Amazon to search “African attire” and bought the first thing that showed up. #WhenYouClearlyHateNiceThings

So disappointed in David Oyelowo’s outfit.

Black Panther is schedule to be released on February 15.

Love this blog
Hope that my new blog would be more than this;
https://www.notjustips.com . Check and give me feed backs