In recent times, digital technology which has continued to transform businesses with incredible speed has also exposed businesses to new threats.  One of the greatest threats is Cyber security which has remained a major concern for enterprises and has persistently remained as cybercriminals continue to execute massive attacks on computer systems all over the world. A few weeks ago, an Asian country was allegedly fingered in attacks on banks in 18 countries, including Nigeria, according to a report from Russian cyber security firm Kaspersky.

The latest ransomware attack, WannaCry has been described as the world’s biggest cyber-attack till date and has wrecked the internet and computer systems in over 100 countries so far including Spain, Russia and China.

According to the UK Guardian, patient files at the UK National Health Services were locked and patients could not be treated as a result. Experts have warned the virus is not done yet. According to them, more attacks are being expected, highlighting the urgent need for reinforced cyber security.

The attack, according to reports, exploited vulnerabilities in the Microsoft Windows Operating System, especially unsupported Windows XP, Windows 8 and Windows server 2003. Microsoft, in a recent statement via its Twitter handle assured it was working round the clock to ensure security of its customers. It however confirmed that the “Painful” attack by the malicious “WannaCry” did not affect customers using Windows 10.

With the increasing frequency of cyber attacks globally, organisations cannot afford to be complacent about their cyber-security and online defences. Leading the fight in Nigeria’s business landscape is MainOne, West Africa’s premier connectivity and data centre provider, which has partnered with Radware, a global leader in cyber-security, to offer a solution specifically designed to improve organisations’ ability to effectively respond to cyber-attacks.

MainOne’s Product Manager for Managed Services, Olugbenga Akano, stressed there is a compelling need to increasingly sensitize the public, especially enterprise businesses about the need to enhance their cyber security posture. According to him, cyber-attacks to businesses in Nigeria are no longer a matter of IF but a matter of WHEN given that Distributed Denial of Service (DDoS) attacks are becoming cheaper to activate.

“We do not recommend that our customers wait till when it becomes a problem to act, but begin to put measures in place now to prevent those attacks from impacting their organisations” he cautioned.

The Minister of Communications, Adebayo Shittu, also corroborated the need for protection from cyber attacks when he urged banks, companies and other establishments to employ experts to protect their data from cyber attacks. The minister disclosed that cyber criminals were thinking faster and stressed that the Federal Government would act to prevent cyber criminals from taking it unawares.

Reacting to reports on the “Wannacry” attack, Akano urged Nigeria’s enterprises to protect their networks and applications, highlighting that Nigeria loses ₦127billion annually to cyber crime, which is 0.08% of GDP. He spoke extensively about the company’s Managed Security (DDoS Protection Service) which offers 24-hour-round-the-clock protection to help organisations mitigate attacks on their network and data.

“The fact is that all organisations and government bodies need DDoS protection, because they all thrive on information, be it insurance companies, banks, tax & revenue, e-commerce businesses etc. Every organisation is data and payment driven; every organisation should be protected”, he said.

Threats to financial institutions appear to be higher than others, as the recent increase in financial inclusion and cashless banking across the country is generating large amounts of data and placing billions of naira in financial assets at play. As financial institutions become more sophisticated with online platforms, they may be putting themselves at risk if they do not have effective managed security Services, Akano said.

Although Nigeria seems to have dodged the worst of the WannaCry bullet, industry experts say it is not yet Uhuru. Stakeholders in the Information Technology sector have called on businesses and corporate organisations to remain alert and proactive.

MainOne also known as “Main One Cable” or “Main One” is a leading provider of innovative telecom services and network solutions for businesses in West Africa.

Since its launch in 2010, MainOne has developed a reputation for highly reliable services to become the preferred provider of wholesale Internet services to major telecom operators, ISPs, government agencies, large enterprises, and educational institutions in West Africa. 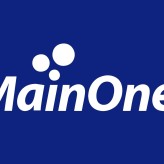 MainOne also known as “Main One Cable” or “Main One” is a leading provider of innovative telecom services and network solutions for businesses in West Africa. Since its launch in 2010, MainOne has developed a reputation for highly reliable services to become the preferred provider of wholesale Internet services to major telecom operators, ISPs, government agencies, large enterprises, and educational institutions in West Africa.