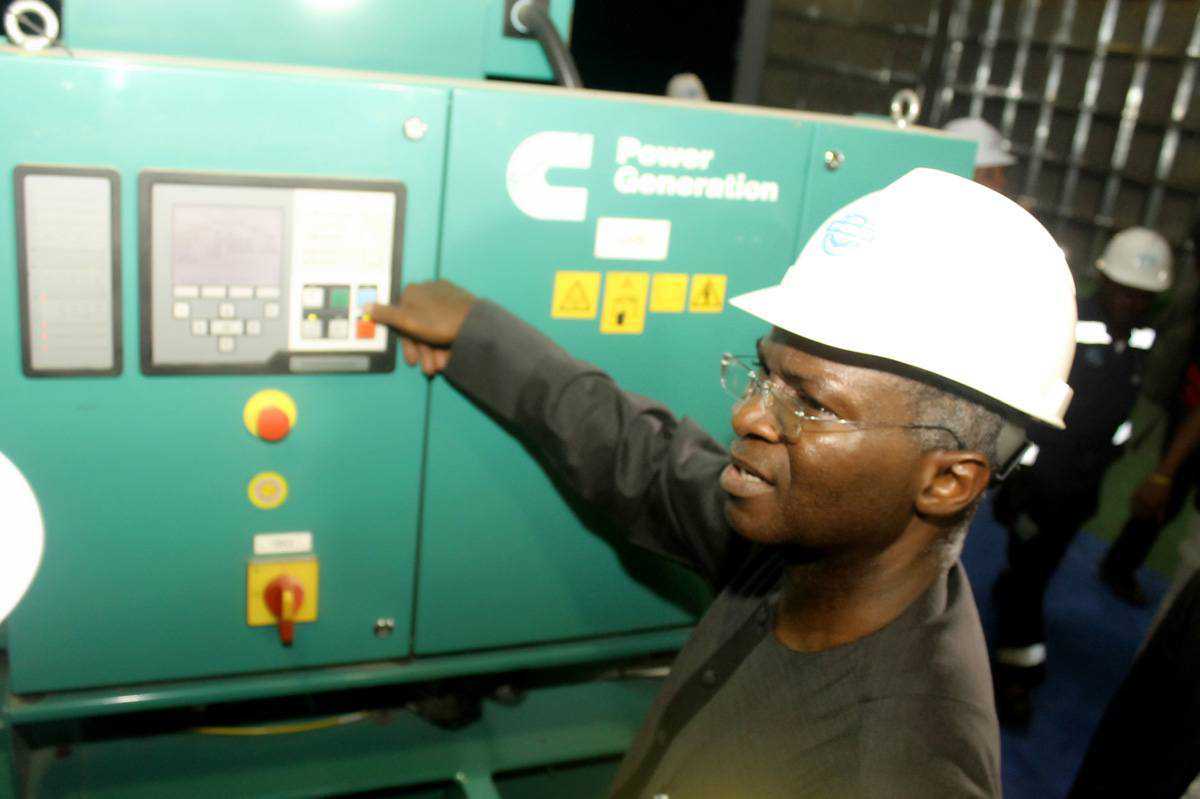 Governor Ifeanyi Okowa in his charge has asked for productive collaboration between stakeholders in order to achieve better power generation and steady distribution of power to users.

Tony Elumelu in his speech, commended this achievement which will increase power generation to 620MW compared to the 160MW that used to be before Transcorp acquired Ughelli Power Plant in 2013.  This means that soon, Transcorp Plc will be fulfilling their mission to restore the Power Plant to producing its full capacity of 972MW.

Tony Elumelu also makes mention of how dear power is to Transcorp plc and how they are working to achieve generating more power, he talks about their aim for the year as regards power.

Power remains very close to our hearts, and so in 2013, we applied 100% for Ughelli power. We are aiming to meet 815MW by end of the year and ultimately aiming to generate 25% of the country’s power generation output -Tony Elumelu

Speaking at the unveiling ceremony also, the Minister of Power, Works and Housing, Babatunde Fashola commended this laudable achievement, saying that such achievements as this will put to rest “uninformed comments that stakeholders have not done anything.”

What this feat means for Nigeria Power Sector

As outlined by the Minister of Works, Power and Housing, one of the problems responsible for irregular electricity supply is a low generation of power. Babatunde Fashola once said that Nigeria has the capacity to generate 12000MW, and this may eventually be possible if such feat as this continues.

12000MW, compared to the 2,662MW that Nigeria was generating as of 22nd of January 2017 is a long way to go. But if it is achieved, certain companies, especially manufacturing industries that have shut down due to the cost of fueling may reopen. This will be an advantage there will be a boost in the economic sector of Nigeria.