14 Finalists announced for the 2016 GEM-TECH Awards 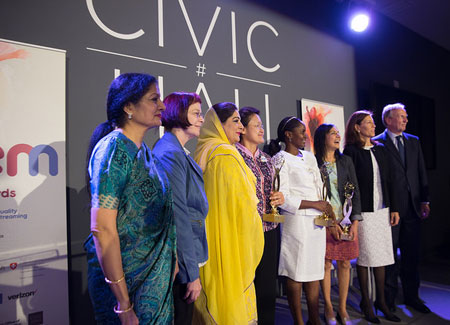 The International Telecommunication Union (ITU) and United Nations (UN) Women announced the 14 finalists for the 2016 GEM-TECH awards yesterday. This annual award honours outstanding projects and programmes which promote the empowerment of women and girls through innovative uses of technology across the world.

The GEM-TECH Awards was launched in 2014 in recognition of the important role that new technologies play in the empowerment of women and girls. The 2016 GEM-TECH Awards received 311 nominations from 81 countries from a wide range of organisations and entities coming from government, industry and academia as well as civil society.

The nominations covered a number of projects which include women’s safety, e-government solutions, e-agriculture. These projects support women’s economic empowerment and innovative digital skills training for women and girls.

The finalists of the 2016 GEM-TECH Awards and their outstanding projects and programmes come from the following categories:

Promoting women in the technology sector

A committee of experts from ITU and UN Women will select three winners from the above categories. The winners will be announced at an awards ceremony on 15 November 2016 in Bangkok, Thailand during ITU Telecom World 2016.