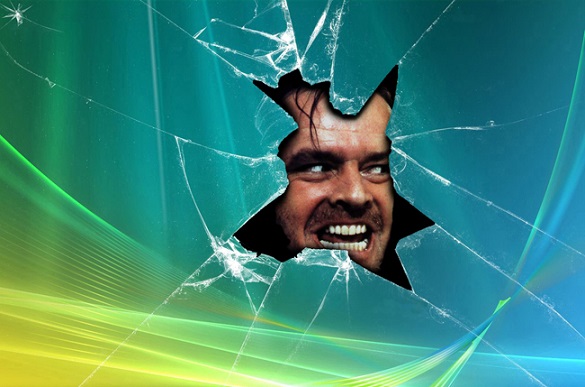 Computers and the internet in general, give a false sense of security. They trick you into believing that data transmitted and information stored is solely yours and that you can actually make things disappear. But in truth, how safe is safe on the internet? When you press the delete button, does the item simply go out of existence?

Many years ago as the manager of a cyber cafe in Lagos Nigeria, I came to fully appreciate computer illiteracy in its full spectrum. One particular customer that brought her laptop to the “guru” for fixing did not know what the Recycle Bin icon on her desktop was for. Apparently, she had filled it with sensitive pictures, documents and discarded notes she thought were gone into the computer’s oblivion.

When I showed her, the poor woman cried. Somebody had probably seen something they were not supposed to see and she was just realising it.

Have a good laugh all you want, but most of us are like this woman in varying degrees; believing the promise of everlasting deletion into the internet’s oblivion.

Snapchat became a thing in Nigeria in the last quarter of 2015 and caught on like wildfire. Now everybody and their sisters are on Snapchat.

The fact that videos shared self-erase after some hours is the only catch of Snapchat. And even those sent via direct messaging delete after one or two views. Last week a friend posted a semi-nude snap on Snapchat, her excuse was that the short-lived content allows us to indulge our “wildest fantasies”.

When I first encountered Snapchat, I knew people would be lured into doing silly things because it would be gone by morning. But like being tipsy, even when the effect of the alcohol wears off, the hangover still lurks around. Incase you didn’t know, people screengrab loads of pictures of Snapchat all the time; I have a folder for such. And screengrabbed silly content off Snapchat is the hangover effect of the app because it comes back to hunt you sometime in the morning.

Even if we consider the fact that everybody on your list is some kind of saint and would not screengrab your nudes, it may interest you to know that Snapchat has been hacked three times till date on a major scale.

One time by a 16-year old sophomore and most recently when the hacker put personal details and pictures of the compromised accounts on the web.

Does it ever stay deleted?

All social media platforms have different policies towards information that have been deleted from your end. Most of them differ in face value, but all explicitly state that they “keep a part of your data”. If only you bothered to check before ticking that tiny “I agree” box to the terms and conditions.

Whatever you have heard, the surest way to withdraw data and information from the internet is not by hitting any delete button. But by not sending out any overtly sensitive information that should not be out there in the first place.

Barcelona FC rescinded the contract of Sergi Guardiola  few hours after it was signed because he tweeted “Hala Madrid!” and the two words cost him a future with the Catalan giants. In the case of Dani Ceballos, he never got a chance as the heavy interest from the club was doused because he had tweeted something that attacked them.

In conclusion, the delete buttons and keys only give you an illusion of control over what is shared as nothing is ever truly deleted off the internet. Know that everything shared online is lurking somewhere waiting to come back and maybe bite you sometime in the future. Your future employer, customer or investor is watching and hackers can come calling any day. Like I said earlier, if you do not want it out, do not put it out at all.