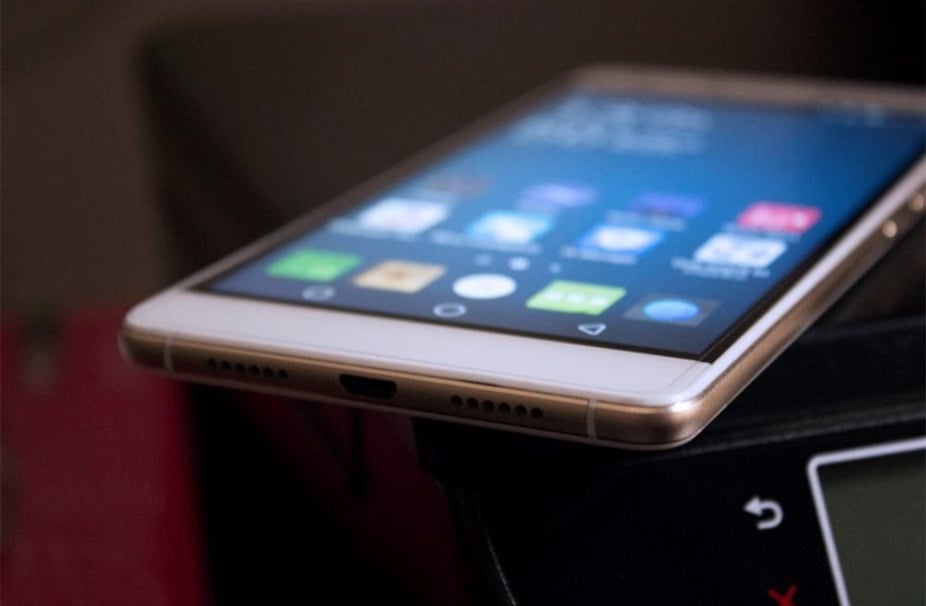 The TECNO BOOM J7 which runs on android 4.4 Kitkat enjoys optimization on audio, battery life and user interface. However; its successor the new TECNO BOOM J8 is truly an upgraded experience for music phone lovers and this is so, all thanks to the unique HiOS user interface,” Jesse Oguntimehin TECNO Digital Marketing lead who unveiled the HiOS at the launch event on the 31st of March, last month.

Other features the new HiOS offers include: One-touch Memory Free up button, a selection of offline and online wall papers, themes and font styles’’ The Digital Marketing lead added.

The TECNO Boom J8 sports a 5.5-inches IPS LCD capacitive touchscreen display with 16M colour, 720 x 1280 pixels’ resolution, phantom-like in size and comes with a 13MP rear camera with clear pixel resolution featuring optical image stabilization, phase detection autofocus and a 5MP front snapper featuring geo-tagging, touch focus, HDR and panorama both with LED flash. This means that the smartphone has the capacity to offer a much clear display compared to its predecessors.

The BOOM J8, delivers really good sound that is unmatched by the average smartphone. The Boom J8 comes with the new music master Boom Maxx. The Boom Maxx is a very professional music maker, which helps the music enthusiasts produce proper music.

Many music stars use MAXX to make their own songs! It offers simulating different scenes, perfect bass, disposing voice. Anyone can also redact the genre either rock, blues or classical, just choose what you like and enjoy what you have created.

The BOOM J8 music player was re-engineered to enable users stream music in different genres and even download some of the songs to their library.

TECNO will release other mobile devices in coming quarters of 2016 on the new HiOS. They believe the OS’ unique interface, app icons and highly optimized audio, battery-life and camera features will totally stand TECNO products out of the clutter.

How efficient is the HiOS as compared to other user interfaces?

With what i have read, it is comparable to that of samsung

Its predominant on NL

NairaLand. Some nice threads are right there

I heard it opens apps faster than the Samsung s6

I personally feel the HiOS is one of the things that helps this phone in terms of performance because if you use another Launcher or load another ROM, the Antutu Benchmark reduces!

Is that so. Does the Hi Manager really help speed up the phone?

Even though you might know some things more than we do, that doesn`t mean you should use us to catch trips… What da hell is ” Antutu”?

Any reviews on the HiOS compared to other user interfaces, yet?

I think I saw one on Tecno spot

Can you please share the ink to the one you saw? It is necessary.

Thanks for this. Your swift response is really appreciated.

Lol. You are welcome.

This is a great improvement on the part of Tecno

You can always repeat that

Im really feeling Tecno, this should be able to compete with topcats phone

A step forward for tecno

When you say a step forward, what do you mean?

I mean they have grown and they are developing…

Naaa Sis.This one is many miles forward in my opinion tho’

WHat kinda comments are you dropping here?

Oh mehn..!!! Na bee why are you taking it personal.

Do you mean the User Interface?

That reminds me. I saw an argument about how Tecno w4 is 2500mAh. Then I saw that that of Samsung J5 was 2400mAh. No one was taking about it. Makes me wonder though….

I guess we have some sacred cows in the phone world.

Isn’t that obvious in every sphere and walk of life?

Yh, Tecno be coming for them! They should watch their back

What is wrong with it?

Hmm. Is it that serious?

Yh Yh. Get the phone and get my feeling

Is that so? LOL

As in ehn…..i’m quite surprised!

It is not an OS. I believe it is a UI

People really confuse both for each other a lot

What is the distinction bro? OS and UI?

OS is an operating system, what the system runs on. The UI is a customised interface placed on the OS

Thanks for spelling it out.. I hope the confusion reduces or probably stop.

I am telling you. Some one even said it is an OS that has its one UI. lol. na wa o

IT is an OS that has its own UI

It is an OS that has its own UI? That is not what i read

What did you read?

I read what I read.

This one also comes with a headset. well done Tecno

And it comes free. Awoof¡!!

Music is food for the soul.

Water is life actually but I understand your enthusiasm

The OS is beautiful

You can say that again

Aww, it is damn beautiful

Yeah sure… its beautifully beautiful.

Now you can download it on your camon C8. So i’ve seen

Update yours asap and start enjoying the beauty of the HiOS

good to know that

you really should try it tho…

No. I don`t think it will. Besides they must have tested it before launching it.

It is beautiful on c8