True, every labourer—manual or intellectual—is worthy of their wage. But the question persists about which should earn more – or are they supposed to be equal in worth and earnings? These questions and more are begging for answers, especially in Nigerian leadership circles.

News recently filtered in that government would pay to its appointed stamp duty agents 20% collection fee of the value of stamps they are able to dispose to all 36 states of the Federation. The re-introduction of postal stamp duty is aimed at soaring government income in this time of nose-diving crude oil prices. That is a good idea, but one stops to wonder if it is the same government for whom paying an IT company one percent for achieving a similar aim raised so much dust?

You’d recall that Sen. Dino Melaye “broke” the news, howbeit malicious and ill-informed, about how a private firm that he called Remita had earned so much—one percent—of all monies it collected for the Federal Government through its software that ensures the smooth execution of the Treasury Single Account (TSA) initiative.

Recently also, due to the queries raised by the Auditor-General of the Federation , Mr Samuel Ukura, over FIRS’s non-remittal of N400 billion which accrued to the agency from non-oil tax collections between 2010 and 2015, it made news that the FIRS gets four percent of all non-oil taxes it generates for government while the Nigerian Customs Service gets seven percent of all income it generates from import duties and export fees. Even though these are two revenue-generating government agencies, they get different percentages. It would be interesting to know the criterion for gauging what percentage each gets. Is it because of their manpower and modes of operation? Is it based on how well they could negotiate at the time of agreement? Is it based on their clout or on the assumption that one of them does the tougher job? If these agencies enhance their services by deploying technology, would their percentage share be higher?

The four percent which the FIRS’s gets is supposedly their “cost of collection.” One wonders what “cost of collection” covers. Does it cover more of manual work or more of technological innovation? What’s the worth of each? In these days when technology has been deployed to bring some ease to their job, will they still charge the same percentage? Why has no one called for a review of their contracts too?

Maybe one should still await an outcry over the 20 percent that would allegedly be paid to the stamp duty agents. But will it ever come?  And if it comes, will it lead anywhere? (Those may not be questions for today). Really, what is the yardstick for measuring what percentage government agents should get for services rendered? Is one of those yardsticks that manual efforts shall be more rewarded than innovative technology? Because innovation seems easier, does it mean it shouldn’t be handsomely rewarded? Because manual labour appears tougher, does it then mean it should be attractively rewarded?

It might be unfair to simply discountenance the energy put into “hard” manual effort. In fact, all efforts should be rewarded. But we should think more in terms of innovation, as opposed to rotting away in the tracks of ordinariness. We should also be concerned about whether there aren’t innovative—and definitely cheaper—ways of disseminating stamps (or its equivalent) all over the country, in this dispensation of by-the-second innovation. Have we forgotten so soon that this isn’t the medieval era. This is the 21st century!

No gainsaying, Nigeria has been left behind in innovative technology, but do we even seem prepared to catch up? I have doubts. We are indeed a unique people – unique in strangeness. We are a country that places more premium on manual labour than technology. Maybe this is only applicable to manual labour in “high places” as it appears that manual labour amongst the dregs and the supposed scorns of the earth is still as bad as worthless. What should value of labour be, generally?

Indeed, every labourer is worthy of their wage – this cannot be overemphasised. But as a nation, we need to examine our thinking. There is still a lot we do manually that unnecessarily cost us so much, while the better technologically-driven alternative beckons. Not many Nigerians are thinking innovatively; but the few that are, are being outmuscled by the mass who prefer the manual route. Which way Nigeria – innovative technology or manual efforts?

Innocent Ekejiuba is an IT enthusiast, a media analyst and a literary critic. His deep-seated interest in technology is born out of his desire to find adequate application of technology in governance and society. He is a TEDx volunteer, a project manager and one of the co-founders of the movie review site, filmsandcinemas.com 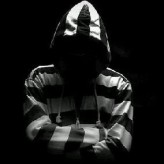 Innocent Ekejiuba is an IT enthusiast, a media analyst and a literary critic. His deep-seated interest in technology is born out of his desire to find adequate application of technology in governance and society. He is a TEDx volunteer, a project manager and one of the co-founders of the movie review site, filmsandcinemas.com