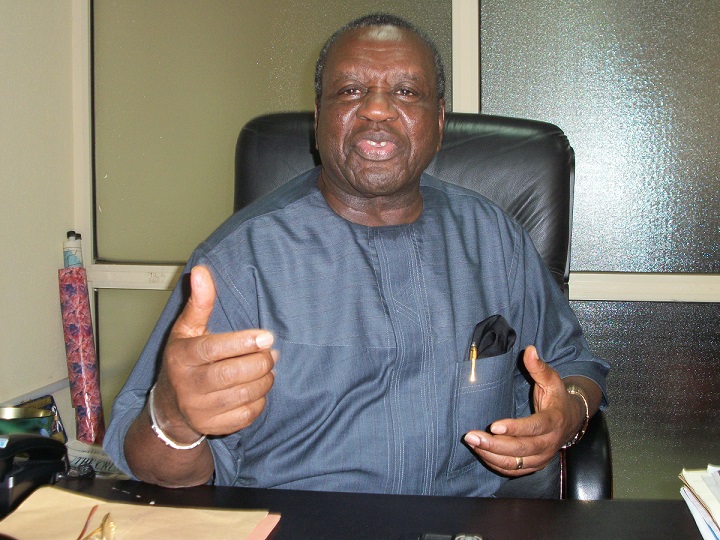 Editor’s Note: This is the third part in a series of narratives culled from Strive Masiyiwa’s blog. Read Part 1 and Part 2.

__ Beware the company you keep

The state government of Akwa Ibom held 15% of the equity in Econet Wireless Nigeria. This state was not one of the original investors but joined us later.

After five years, the governor of the state of Akwa Ibom decided to sell its stake. It had more than doubled in value in dollar terms, which meant it had been a good investment.

The state governor, an elderly gentleman called Victor Attah, sent a message through a friend that he wanted to see me in London to find out if I was interested in exercising Econet’s right to buy its shares. I agreed to meet him in London.

“I want to sell the shares to build an airport before I leave office,” the governor explained.

The governor was accompanied to the meeting by a British lawyer who sat quietly taking notes. His name was Bhadresh Gohil.

With a wave of his hand, the governor said, “Mr Gohil is our legal advisor here in London. I have instructed him to handle all our negotiations with you.”

The meeting did not last more than 30 minutes, as the governor was on his way to catch a flight to the U.S.

We agreed with Mr Gohil that we would meet with my own advisors a few days later to start the process.

A few days later, I went to his office with a professional banker who advised me on such transactions. We met in the lawyer’s plush London offices. He was confident and smooth-spoken as he explained how much we were expected to pay. Then he explained that our money was to go to a “Special Purpose Vehicle” (SPV) before it was transferred to Nigeria. It was a sophisticated structure and he showed me a drawing of how it would work. I wrote it all down very carefully into my notebook.

___Such corporate entities as SPVs can definitely have legitimate purposes, but this one did not!

As I quizzed him about why such an unusual structure was necessary, Mr Gohil changed tact and tried to entice me with an offer I could not refuse (or so he hoped): “I’m also the advisor to the governor of Delta State, Mr James Ibori, and if you agree to pay for these shares using this structure, we will offer you shares belonging to all the state governments. In total, you can have more than 30% additional shares. It will be enough to take control of the company. My clients just want out, and they are willing to give you what you have always wanted.”

I listened to him, quietly taking notes in my small notebook. I did not give away anything, but inside I was very angry. From the design of the structure, I knew immediately that it was meant to siphon off money before it reached the state governments. It was clear there was a conspiracy to steal a lot of money.

___Having already pocketed $13.5m, now the government officials could easily pocket probably another $100m through the sale process that they had developed with the help of Mr Gohil and other clever advisors in London!

When I left the meeting I immediately contacted the mutual friend who’d set up the governor’s meeting. The friend was so embarrassed as I explained the corrupt structure clearly designed to steal money from the state governments. He promised to raise the issue with Governor Victor Attah. A few days later he came back and said Governor Attah had claimed ignorance about the proposal put to me by Mr Gohil. He said he would speak to Mr Gohil and tell him it had to be done properly without the structures.

We never heard from them again. Mr Gohil simply vanished. A few months later we were told that the shares had been offered to a company from the Middle East who subsequently bought them. I was not privy to how they did it except that they had violated my right to buy the shares… That is another chapter in the saga, but not for now.

Fast-forward three years, long after the sale. Our lawyers in London called me one day and asked if I could come urgently to a meeting with the Proceeds of Corruption Unit of the London Metropolitan Police: “You are not in any trouble, but I think you will find what they have to say very interesting!”

This special unit was launched by the British to investigate corruption by foreign government officials who try to launder stolen money to the U.S. and the UK.

The officers asked me to explain everything I knew about the sale of V-Mobile shares to Celtel (later Zain).

I explained the history of the entire transaction and the shareholders disputes that had led to our departure. After awhile, they asked me to focus on specific events, and, in particular, my meetings in London with the governor of Akwa Ibom, and also the meetings with Mr Gohil. It became clear to me that they had a lot of information!

“What can you tell us about this structure, using a Special Purpose Vehicle?”

I explained my understanding of it. Later on, I gave them my diary in which I had recorded the details of my meeting that day with Mr Gohil.

Below my drawing of the structure, I had written in bold letters:

Not long after my meeting with the Proceeds of Corruption Unit, Mr Gohil was arrested together with one of his partners and several others. I later learned that when the Middle Eastern company bought the shares, some of the proceeds had been diverted using the Gohil structure. Some of the money was sent to a bank in London. This large amount of money was enough to alert the British authorities that money was being laundered through their banking system.

Their investigations led them to Gohil and his associates. They raided his offices and found stashes of documents, including details of the structures. Now they were looking for witnesses to help prosecute them for corruption and money laundering.

The British authorities tried without success to get other parties, including the governor of Akwa Ibom, to come out and clear their names but they refused. Officials of President Umaru Musa Yar’Aduah’s government successfully thwarted all extradition requests.

I was asked to be a witness in the trial of those who had been arrested in London. I willingly accepted. Next I will tell you about my role as a ‘Witness to the Crown” on behalf of the people of Nigeria whose money had been stolen. It would be the first time that someone big went to jail (in a foreign country) for stealing money from Africans.