These 4 apps can help you organise your Business 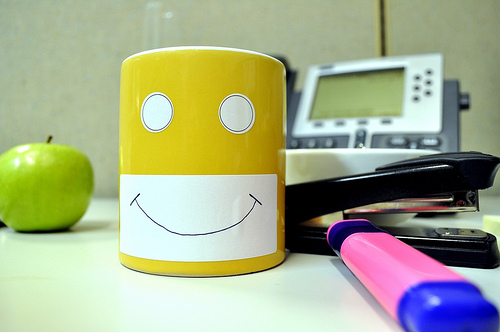 Over the last 10 years, the business world has evolved beyond the stereotyped pattern of office paperwork and close supervision from higher authorities. Ground-breaking improvements in technology and other fields have made it possible for entrepreneurs and their employees to communicate from long distances and still go about their ordinary business like they were all at the company headquarters. These improvements, as impressive as they have been, can only do so much in assisting people to function optimally. Without certain secondary aides, working could still be as frustrating as archaic times. Below is a list of apps that can help organise your business, be you an entrepreneur or an employee:

Evernote is a cross-platform, freemium app designed for note taking, organising and archiving, developed by the Evernote Corp., a private company headquartered in Redwood City, California.

Evernote works more like a digital diary and is useful for those who like to travel light. Evernote helps the user to write down  jottings or observations from day-to-day activities. Ever have a new business idea pop up in your head and you need a place to write it down? Evernote can help with that. It also features provisions for adding pictures, making handwritten notes, reminders and so on. Plus, documents typed on this platform can be shared to coworkers who also operate on it and via email.  Notes  can also have file attachments and can be sorted into folders, tagged, annotated, edited, given comments and exported as part of a notebook.Talk about having a personal assistant.

Team player? Why not check this out?

Created by Stewart Butterfield (the man behind Flickr), Eric Costello, Cal Henderson and Serguei Mourachov and developed by Slack Technologies, Slack is a team collaboration tool used by Tiny Speck in the development of a now defunct online game called Glitch. Subsequently, the company released Slack to reboot the company after Glitch went under. Slack was initially launched in August 2013, although versions for different operating systems were being launched subsequently, with the OS X being the latest to have a version on August 8th, 2015.

Slack helps wth posting content that is exclusively for you and members of your work team. Slack offers persistent chat rooms organised by topic, as well as private groups and direct messaging. All content on Slack is searchable, including files, conversations and people. It also allows for sharing both personal and work-related files. Slack integrates with a number of third- party services and supports community- built integrations.

Slack runs on Mac, iOS, Android, Windows, Linux, Windows Phone and the Apple Watch. There is also a web version accessible from a browser ( www.slack.com), and there is an unofficial client for Linux.

Pocket, formerly dubbed Read It Later, was founded in August 2007 by Nathan Weiner to help people save interesting  articles, videos and more from the web for later enjoyment. The application allows the user to save am article or web page to the cloud for later reading. This article is then sent to the user’s pocket list. Once saved to Pocket, the list of contents is visible on any device- phone, tablet or computer. It can be viewed while waiting in line, in a couch while travelling- even offline! The app also removes clutter from articles and allows the user to adjust text settings for easier reading

Writers and blog owners will definitely find this app nifty.

WordPress started in 2003 by Matt Mullenweg and Mike Little as a blogging system with a single bit of code to enhance the typography of everyday writing. Since then, it has grown to become the largest self-hosted blogging tool in the world.

WordPress has a plugin architecture that allows users to extend the features and functionality of a blog. It also features a search engine, a permalink structure; the ability to assign multiple categories to articles; and support for tagging of posts and articles. Automatic filters are also available, providing standardized formatting and styling of texts in articles. Trackback and Pingback standards is also supported for displaying links to other sites that have themselves linked to a post or article. WordPress Multisites makes it possible for those with websites to host their own blogging communities, as well as control other blogs from a single dashboard.