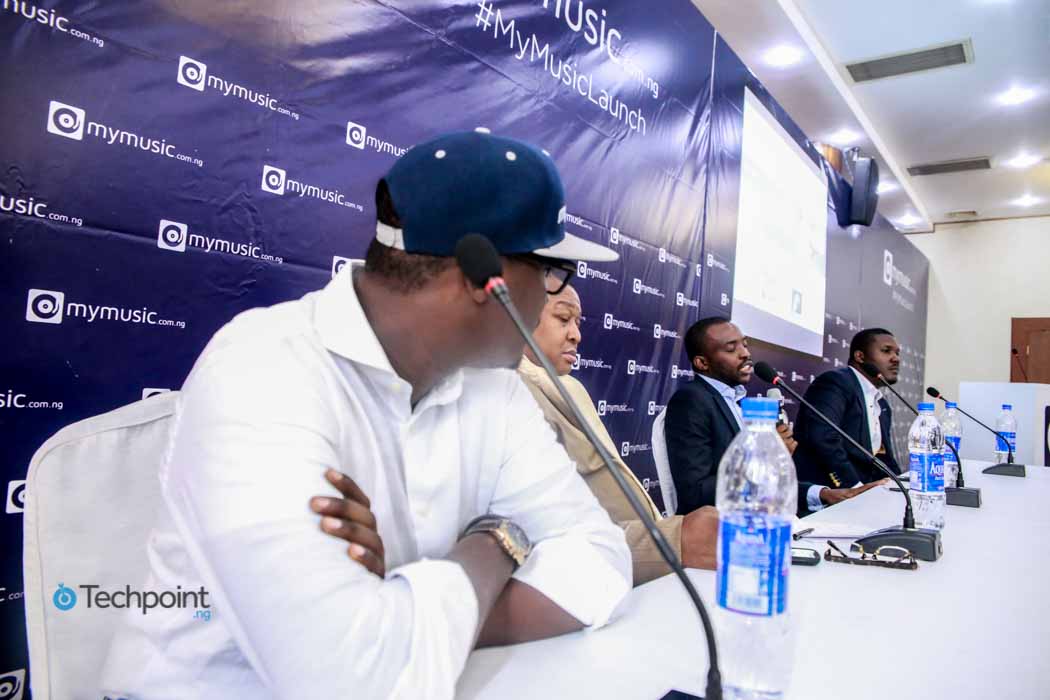 MyMusic.com.ng, a new music discovery and download service, launched on Wednesday at an invite only media event.

Founded by 2 brothers – Dolapo and Damola Taiwo – and their friend, Tola Ogunsola, from University, MyMusic.com.ng is looking to become the major online distribution channel for Nigerian music. Claiming a total of 10,000 users garnered so far from the beta phase, the startup appears to be on the right path to achieving that dream.

Originally, users can download songs, at the rate of N50 per track, and pay instantly for it using their airtime. However, as of the launch on Wednesday, single tracks are available for free on the platform till the end of June.

In attendance at the launch event were artists including Don Jazzy, Harrysong, Kcee and Ajebutter22. Other attendees include Tee Billz, Koffi, Asa Asika and Steve Babaeko. The startup also made a big announcement, unveiling Olisa Adibua as a partner. Below are photos from the event.