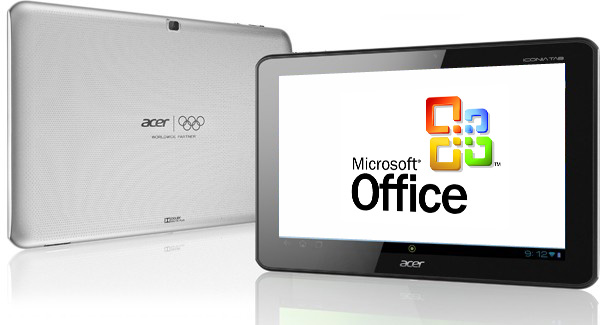 On the 6th of November, last year, Microsoft released a new version of Microsoft Office for iOS that unified the user experience across all devices and allowed for free editing and content creation, with or without an Office 365 account. The iPhone and iPad versions have reportedly been downloaded more than 80 million times already.

Today, Android follows suit with tablet versions of Word, Excel and Powerpoint now available for download. Just as the iOS apps, Office is basically free to use on Android for most consumers, although some features do require an Office 365 account.

The free release on competing platforms is all part of Microsoft CEO, Satya Nadella’s plan to put the company’s services on the world’s most popular devices, regardless of whether they run a Microsoft OS or not.

People, take your pick of Office Word, Powerpoint, One Note and Excel from here – https://play.google.com/store/apps/developer?id=Microsoft+Corporation

We are sorry about the oversight. The link is now added. Thanks.